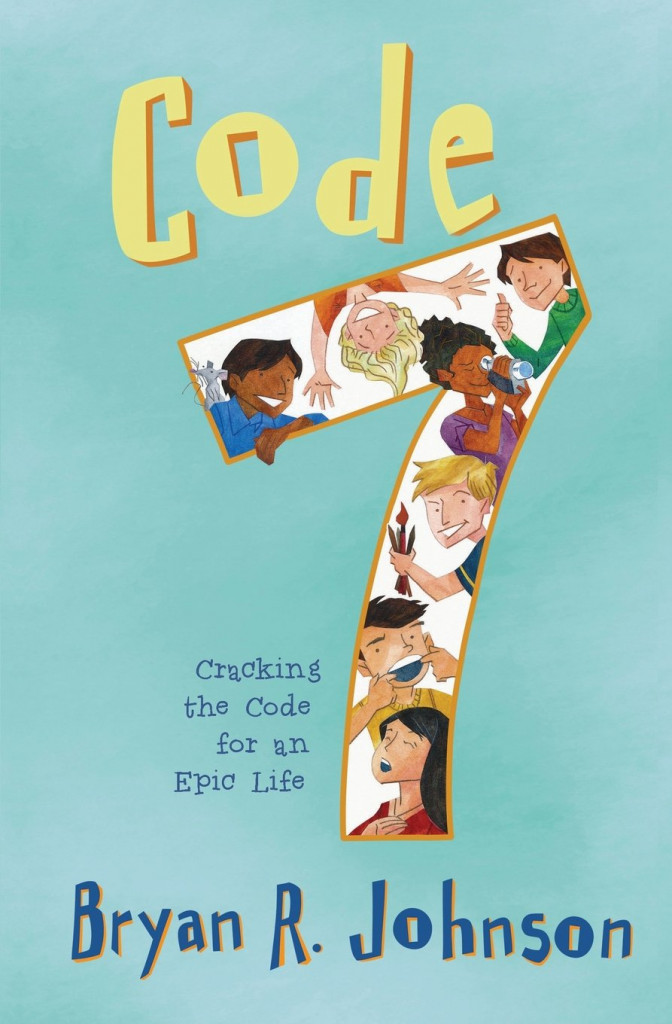 So I was a bit surprised when I started this book, I was under the impression that it would be one book about 7 characters, but instead it is a book with 7 characters and their stories. Each story (but the last one, as that one connects everything (including the title)) can be read separately, you don’t need to read them in order. Each story brings a new character, a new message.

I have written a small review for each story. In the end I will post an average rating for the total book.

Story 1: Jefferson: 4 stars. This was a really fun first story. The school is celebrating its anniversary and they need something awesome. I loved the idea of a mural and I also loved that people were so supportive of Jefferson doing it (plus it was cute that he didn’t have a big ego, like so many others like him would have). I loved how he listened to everyone’s ideas, students and teachers, but that, finally, he listened to himself. It was a good message. Yes, you can please everyone, but does that make YOU happy? And is that what YOU want to see for many years to come? The mural, well I was a bit disappointed, but it was a fun idea, and I can see why he picked it.

Story 2: Sebastian: 3.5 stars. Mm, on the one hand I wasn’t happy with Sebastian, on the other hand I applauded his creativity. Plus it wasn’t technically his fault that people got sick/broke out in hives…. it was his brother’s. So I was a bit angry that Sebastian got the brunt of the anger. 😐 Of course I was agreeing with his parents: stealing is bad.
But I do sympathise with the kid, I know the feeling of wanting something that everyone else has. Back when I was a kid there were some new things that I couldn’t afford, but almost everyone had. Sadly, even with chores I wouldn’t have been able to buy those things.

Just like Jefferson’s story, this one also has a message. Though I found it a bit too forced and also slightly awkward..

Story 3: Genevieve: 4 stars. Awww, this was just totally adorable! I had a feeling it would be that given the hints at the beginning, and how obsessed Theo was. I wouldn’t have minded seeing her tell the teacher about this though, I wonder what grade she would get considering what happened. 😛

I am also still amazed that this egg thing pops up in so many books, is this really a thing American kids have to do in school? Care for an egg? Get a grade for that? It seems kind of silly, but also quite fun. Though as you can see, most didn’t take it seriously at all.

Still I enjoyed this story, Genevieve was a sweet and kind girl.

Story 4: Talmage: 3 stars. A bit boring (fish, fish, and oh yeah, more fish), plus I didn’t quite like how it ended. Yay, another message, I would rather have seen some action and excitement. But instead it just ended like that. Like all their effort was for naught.

Plus I had hoped for the dad to be a bit more gung-ho about the fish. Now it seemed….

I did like Talmage’s name, I never heard that one before.

Story 5: Samantha: 4 stars. Would have been higher rated, but I really didn’t like Trista, she was just such a dramaqueen and so mean as well. Bleh. I don’t like those type of characters, lording over everyone else, making sure they know they are lesser than them, and of course all the drama. 😐

The musical did seem fun, and I do know I was cheering for Samantha to go out there and sing!

Story 6: Alec: 1 star…. what the hell did I just read for terribleness. This was just horrible. At first I quite liked the idea (go parents), but then it just got too weird (really, the place is a health hazard, rats are coming in and out, yet the parents don’t do anything?). All the other stories were just down to earth, but this one just went into the magical realm, and I feel that it just doesn’t fit this book. It is such a shame, it had potential to be a good story. But Alec is just disgusting, and I think he will never learn.

Story 7: Kaitlyn: 3.5 stars. And so everything comes together. We see all the characters from the previous stories (+often what they learned in their story) + a new girl. This time they have to make a project (which will earn them a pizza party, yum!) and we see how Kaitlyn is struggling with thinking of something, while all along she had something she was good in! I am happy with the ending. Plus the title is now also explained!

The book also has illustrations. They were quite fun, though I wish there were more of them.

All in all, a pretty good book, and I would recommend it!