Welcome to a Spotlight Post for Courtney Brandt (pen name: Ann Benjamin)’s newest book: The Queen of England: Coronation. The author approached me, and since the book sounds pretty great (steampunk, mysterious organisations, queens, and more), I was more than happy to help promote her book. 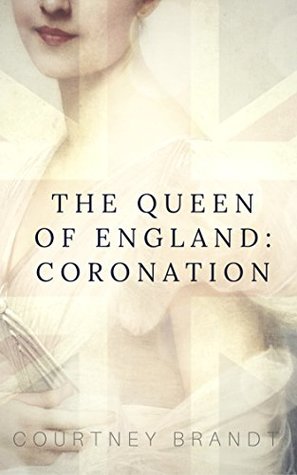 A story of growing up and leading a nation.

Set in an alternate universe of London, after the untimely death of Queen Victoria in 1840, recently crowned Juliette faces a mysterious organization. The New World Order threatens her country and claims responsibility for the dirigible accident which killed off much of the aristocracy. Add in distracting romantic entanglements, a gifted unicorn, and tracking down the legendary Excalibur and this teenage Queen has an uphill battle leading to her coronation at Westminster. Will her reign be over before it has a chance to begin?

Ms. Brandt is proud to present The Line, and the additional novels in the complete series, A Fine Line, Keeping in Line, and The Line Up (available individually, or as a complete Anthology). Each of the lighthearted novels was created for high school students and alumni in marching band. Ms. Brandt was proud to announce the release of Confessions of A Teenage Band Geek in Fall 2011 and her final YA marching novel, Major Pain, in the fall of 2012. As a former drumline member, Courtney enjoys bringing a fictional voice to band geeks all over the world.
Courtney is now looking forward to turning back to her YA roots as she completes a new steampunk series set in an alternate Victorian England. The Queen of England: Coronation, The Queen of England: Grand Tour and The Queen of England: Ascension are a planned trilogy, with the first book in the series now available.
Additionally, Ms. Brandt would like to invite you to check out her two contemporary adult novels, Room 702 and Life After Joe, published under her pen name, Ann Benjamin.

2 thoughts on “Spotlight Post ~ The Queen of England: Coronation by Courtney Brandt”