First, I hope that all my readers enjoyed the vacation + extra content I had up on my blog during the 2 weeks of my vacation!

As with the previous 2 years, I want to tell you all what and how much I read.

So my vacation is sadly over, but it was a fun 2-ish weeks. My boyfriend and I did lots of fun things, like day-trips to zoos, museums, the beach, and lots of other things. It was quite different from last year, and the years before that, due to family circumstances :(. Previous years we would go camping, but now that was not possible. However, we did build a tent in the living room made out of blankets. 😛 Yep, we still wanted to have the camping feeling.

As I already said in my What I Hope To Read post I wrote before my vacation, I had to re-organise my Vacation TBR due to the change in vacation plans. I made a new TBR, a much smaller one (from 40 > 21). I wasn’t sure if I would read much during the vacation, not only because of the change of plans, but also because of what happened not that long before my vacation would start.

But it seems that my mind wanted an escape as I read a total of 40 books during my 2-ish-week vacation!

On the pictures, if the book has a crown, it means I read it. No crown = not read, or tried and dropped very early on. 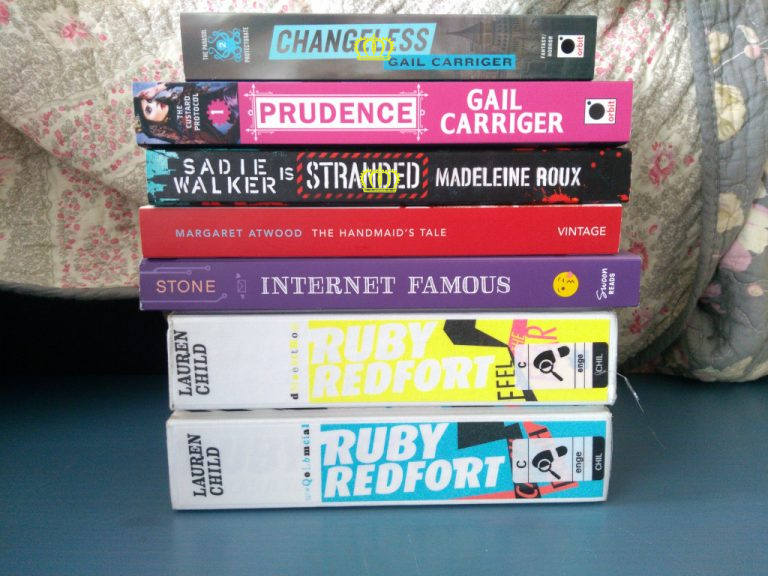 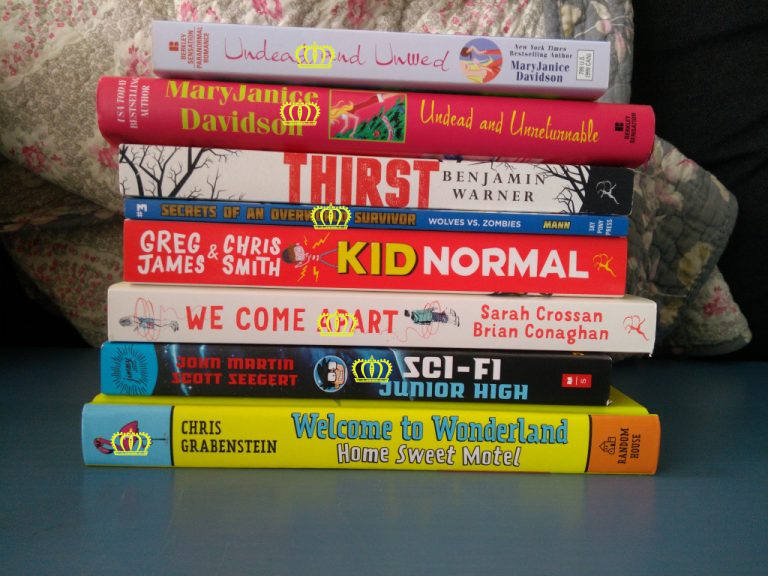 Read during my vacation, not on pictures.