Welcome to the Cover Reveal for the newest book by Jacqueline Garlick: Liars Pact! A book that I would love to try out as it sounds oh so exciting. The book is set to release next month, on October 17th to be exact.

So let’s get started, I am eager to show you this very great cover!

Will Kyla defeat the baddies? 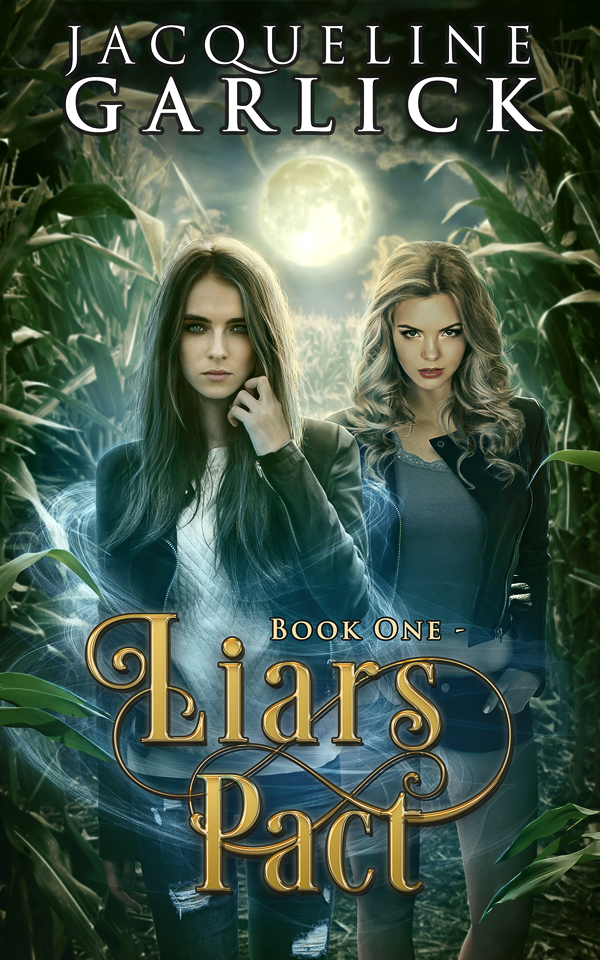 What’s a Little Lie Among Friends?

A wild barn party. A disturbing sensation. A foolish prank. A near-fatal crash. Kyla Cooper wakes the next morning to find herself the center of an investigation, accused of triggering her estranged boyfriend’s attempted suicide.

Wrought with heartache and rocked by jealousy, she left the party early, haunted by formidable, telepathic-like visions of stolen kisses, speeding cars, twisting metal and breaking glass. Kyla now fears she may have ignored the warning signs of danger. Could the visions she was experiencing been a preview of what was to come?

Convinced what happened to her boyfriend is no accident, Kyla embarks on a dangerous journey to expose the truth. But the only one who knows what really happened, is her boyfriend Denver. And he’s trapped in a catatonic state unable to speak.

As Denver slips deeper and deeper into catatonia, Kyla rushes to embrace her newly-found powers in order to reach him, as all the while, a dangerous pact is forming, intent on making sure the truth is never unearthed. Navigating the landmine of the mean-girl cliques and runaway gossip that swirl the halls of her high school, Kyla’s fights against blame and time to free Denver from his catatonic prison, and expose the liars in their game.

Will Kyla’s power be enough to bring Denver back, or will the pact of liars get away with near-murder?

Jacqueline likes gritty stories with beating hearts, dislikes wimpy heroines and whiny sidekicks, and loves a good tale about an irresistible underdog.
Don’t you?
Lumière—a steampunk-fantasy, romance adventure—is the award-winning Book One in her young adult Illumination Paradox Series.
Jacqueline is a graduate of Ellen Hopkin’s Nevada Mentoring Program, and has also studied under James Scott Bell, Christopher Vogler and Don Maass, where she was the 2012 recipient of the Don Maass Break Out Novel Intensive Scholarship.
Jacqueline is available to chat with book clubs and welcomes pod casts, guest blogs, Skype interviews and speaking engagements, as well as comments and emails from her readers.