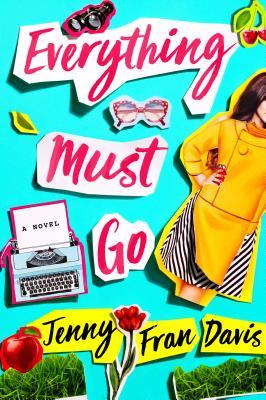 This girl is a self-proclaimed feminist yet she follows a BOY to a school. Where he isn’t even at any more, and there is no mention if he ever will show up. Plus she keeps hoping he will contact her….. Pining for him. Correct me if I am wrong, but this doesn’t seem like the thing a feminist would do. Especially since she kept saying she was so independent/didn’t need men/etc.

The book did seem quite good, and I was enthusiastic about it. The book started quite nice, then got a bit confusing, and after that I just wanted to click the off button on my tablet.

The only thing I did like was the way the book was formatted. It is told through letters, emails, texts, journal entries, and more. That was interesting, I always like it when books take a different approach to telling the story.

Oh, and I guess I quite like the cover. 😛

Here are some pieces from the book that made me go: ehhhhhhhhhh??? (And not just me, but others as well, since I have read some of the stuff aloud to people just to get their opinion.)

NOTE: I had more sentences, but I have removed some from the completed review (this one) as people on Goodreads (where I posted a pre-review) accused me quite harshly of being a racist, discriminating on those who have bladder problems, or that I am against abortion. I would like to say again, that I choose these sentences because they sounded weird (grammatically, sentence-wise, or just contained too much information (TMI)). Thanks. 😐

“But I mobilized quickly. A lone tapestry, probably left by some druggy kid in the seventies, hung from the ceiling when I got there, but I quickly took it down and re-purposed it as a dust rag.
(And thank God, because otherwise I would have had to untie my silk head scarf — you know, the Jackie Kennedy one – and use that instead.)”

“And here’s what happened — I’m almost too grossed out to write this: the girl suddenly scampered down the porch steps, pulled down her cords and granny panties, squatted in the grass, and released a waterfall of neon-yellow urine onto the grass. In plain sight! In the light of day! The communal, gender-neutral bathroom was forty paces away!”

“Right above where she squatted was a clothesline with about four white cloths dangling from it, each held up by two clothespins. I squinted harder, and could make out red and brown splotches on the cloths.”

“I mean, Jesus, you’d think she was comforting a girl who had just accidentally stabbed her dog with a steak knife.”

“When the hoots and hollers died down, Dean explained the rules. There were no drugs or alcohol permitted, obviously, and no acts that glorified violence, but everything else was fair game. We could propose marriage. We could have sex onstage. We could come out of the closet (as though there was anybody still IN the closet). As long as we kept it to two minutes, we could do anything.”

Yup, I am out of here. waves and quickly runs away from this book