Yep, this crazy girl went to Library #4 today even though she is sick. In my defence, I needed groceries (food still doesn’t magically teleport its way to my cupboards/fridge, such a shame), so I thought I could also pop by Library #4. They had new books! And I could try out my fancy new e-bike, which I only tried 1 time so far (which was after buying it). So all fair points to me. Plus again, how can I resist new books? :p

So on my e-bike I went, and boy I love that bike. No more dead tiredness for me! I can go to places again! Yay!

At library #4 I found out that the new books weren’t in the corresponding places yet, so off I went to the help desk. Apparently they were still in the office (Gee, maybe not post them as being in the library and on those shelves?), so one of the librarian went off with my list to hunt them for me. After a while she was back with a nice stack of books (yay!). I also had a nice chat with the librarian at the help desk, about my blog, about twitter, about literatour (YA book week, which starts on September 16th). It was really, as we Dutch would say, gezellig.

After that groceries, and then at home, resisting the temptation of reading all the books. 😉

Today’s stats: 5 new books. All of them fiction. Allso 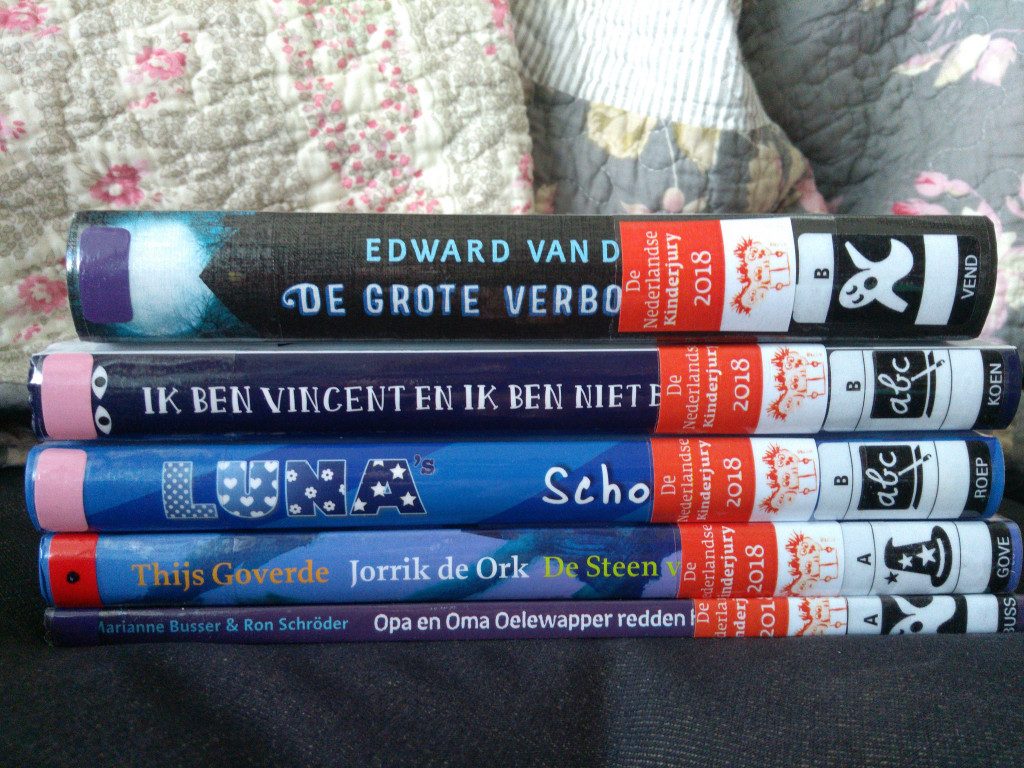