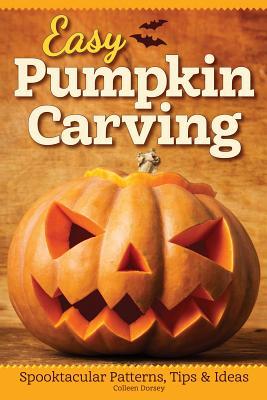 I just adore Halloween, even though it is not that big here (it is growing, but it still mostly a party for adults). This year I want to try my hand at pumpkin carving. I thought it wouldn’t be so hard, but I guess there is more to it then just to hollow it out and carve a pattern. 😛

And I didn’t even know you could also use those tiny pumpkins/gourds for carving. How fun! I thought everyone just used normal pumpkins (orange ones, and rarely white). So that was a fun revelation.

The carving tools… eh, I guess I will just have to find kitchen stuff as I wouldn’t have a clue where I would get those tools they mentioned. I know them in other ways (bigger, meaner), but I am sure that those won’t work for a pumpkin (though total obliteration would also be fun).

I think I would have to search the internet for that stuff the author uses to preserve the pumpkins.

I could ask the garden centre here, but I am not sure if they would have something like that.
Then there are tips on patterning, on carving, on emptying the pumpkin (it looks fun and messy). I liked the photographs the author used to give us some examples. I recognised quite a few of those photographs from reddit, twitter, or other sites.

I would love to try those multi-pumpkins. Lots of work, but oh so much fun.

As for embellishments/painting your pumpkin, I wasn’t interested in that. I just wanted to carve, and put a tiny light in my pumpkin and put it on my balcony.

The patterns were fun, but quite useless on a tablet. I did like the fun facts that were posted along with the patterns. They gave a bit more insight in the patterns and the history behind the subject on the pattern.
Thankfully you can also just download the patterns, and then print them out. \o/