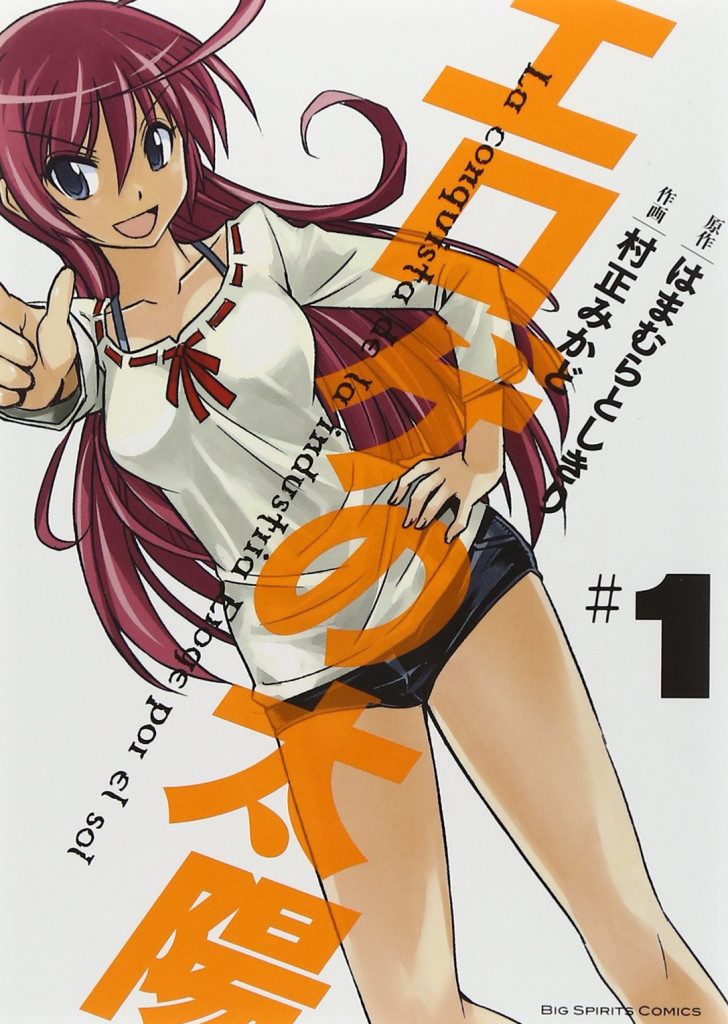 This was such a fun manga with eroge, bad bosses, debugging for days, and more.

I was looking around for a manga starting with an E, I still needed a book for a challenge on a group of mine, and I first came upon another one, didn’t like that one. Searched some more, and then I found this one, and after two chapters I didn’t want to stop reading. 😛

Our MC, Kanda, gets into hot trouble at his old work and has to flee. He then gets picked up (along with a cat) by a girl, she takes him to his company, named Elicom. It is an eroge company. You can imagine the guy’s surprise when he finds out these girls are making porn. But he has no time to rest, he is immediately put to work. And his first work? Adding mosaics to certain parts of the human body, or blocking out certain scenes. You can imagine how he reacts to this. And then I didn’t even add that the girl who teaches him for a few minutes has giant boobs and doesn’t mind pressing them against him. 😛 But, as I will also state in a bit, nothing happens. He just reacts like a guy would do, but that is it.

I definitely loved that while this is one guy in a company full of girls, there is just no romance. It is such a breath of fresh air, it is a delight. I was already worried when we found out the guy would be the only guy in the company. Sorry, it is just such a standard thing in manga. But thankfully, nothing of the sorts. This first volume holds 10 chapters, with nothing romantic. Phew. I hope that it keep up that pace for longer.

We see Elicom make a game, we see them get in trouble, we see them help out a fellow Eroge creator, and much more. Kanda is always there helping them out. He has his ways with doing things, and well… our main girl also has her ways to handle guys that are horrendous (I don’t even want to know where she got the bat from).

I was worried about Kanda, from the first chapter he seemed like a prick, but in the end he was a really decent guy. Even though he looks like he walked right out of a shounen manga.
He really starts caring for Elicom, and its employees.

Of course I am sure we will see more from the company Kanda was thrown out of, though I hope the drama will be kept to the minimum.

The art is pretty decent. I like that the style feels like this manga was drawn way earlier (2000-2006-ish) instead of more recent.

All in all, I would recommend this manga, and I will be reading more of this series!