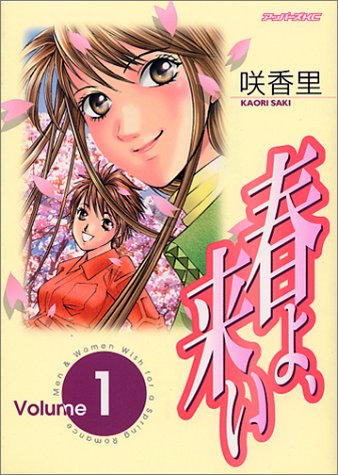 A brother, his sister, and her girlfriend? How will this end?

Well, pretty crappy actually. The first chapters were really great, and I shipped Sae and Mafuyu, though I did feel sorry for the brother. Thinking he was only going to be living with his sister, but then also getting her girlfriend. You can imagine that in a small apartment this isn’t really ideal. Especially if said couple has sex. 😛

Why is Mafuyu living with her brother? Well, you see, she had a little bit of sex, well OK, a lot of sex at school… with a girl. Same sex love is not something that some people approve off (sad, come on let everyone love who they want), especially not in the time this manga first came out. Which is also seen when Sae pops in and the brother calls Sae’s parents. They don’t want her because she shamed the family. Because she is a lesbian (or bi, given certain scenes). Though then again, I can imagine many parents may also be not amused with the fact their kid is having sex at school. 😛
Btw the brother’s reaction was also a bit silly. He almost burned his clothes (he was smoking) when he heard about what his sister did/that she is lesbian (or bi, again, given certain scenes).

Sadly, the story quickly turns dour when Mafuyu starts going to school. At first it is going fine, but as soon as Sae notices that Mafuyu is having fun, has joined a club, gets home later… she gets all angry, sad, and well, a bit too clingy for me. I really didn’t like that Sae acted like this. What did you think, that Mafuyu has to just throw away everything because you decided to live with her? And because you aren’t having the happiest of lives now? Sorry, but no. That is not how this works.
Sadly, Mafuyu notices the gloominess, and the rift between them grows. Mafuyu does something I absolutely didn’t expect her to do. She seemed like a good girl, and I was very unhappy with her decision in many ways.
It seems that these girls, instead of talking, just find someone else to go for… sighsReally, this is something I could do without. The manga would have been good without this drama, without the whole let’s just not talk about it.

Thankfully we also have the brother who seemed to be a decent guy, and I am really shipping him with that girl in glasses. 🙂 I hope he at least will have some more luck in love. I hope that he will also ward off a certain girl’s “affection”.

The art is so-so. Not really my favourite, but then again this is one of the earlier works by this mangaka, these days she is much better.

I am not so sure if I will read this. Too much drama. Too much annoying characters who just don’t seem to understand what talking is.