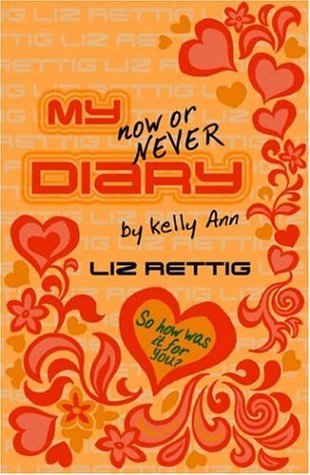 Well this was just terrible. Such a shame after a good first book, I guess the second-book-in-a-series-syndrome strikes again. 🙁

Sadly, instead of romance and cuteness, I get mostly a crap pile of nonsense. Well, OK to be honest there was some romance between the two in the beginning, but that went downhill.. Mostly to do with Kelly Ann’s lesser than 1 IQ brain. And sure, Chris isn’t really helping by keeping mum and acting all shady about Linda. 😐 But yeah, most of the stuff happening in this book is all Kelly Ann and her stupid jealousy. And her believing the girl who hated her in the previous book. Everyone is warning her about Shelly, but Kelly Ann acts like everyone is just childish, she can forgive people. Um… I am sure even a blind person would be able to get that Shelly is trying to undermine your relationship with the crap she pulls. 😐

So yeah, this whole book is a frustrating mess of Kelly Ann and Chris fighting on and off, Kelly Ann even hitting him, and several more things. I was just rolling my eyes at a steady pace, and I even have thought of dropping the book because it was just too terrible and dumb.

I was actually hoping Alan and Kelly Ann would hit off and she would forget about Chris.. but oh no. I could have guessed what ending the author wanted to write. 😐 Alan was such a sweetheart and I loved how sweet he was with Kelly Ann, how he stayed calm and composed when he met Chris. Yep, he deserves a sweet girl.

Chris? Well, I didn’t quite like him in the previous book (just didn’t see the charm), but I disliked him even further in this book. Yes, I also felt sorry for him, but then again maybe he should have been honest with Kelly Ann. Saying to your girlfriend you don’t want to meet up because it would distract from exams, but then being spotted hugging your ex… And that Kelly Ann sees you have been seeing your ex for days while Kelly Ann wasn’t allowed to come… Dude, just no. Also instead of telling her what was going on she had to hear what was going on with Linda from someone else.
Not to mention his aggression and anger issues. Or his controlling issues. It just got too far in the NOPE NOPE, this is the kind of guy people warn you about territory.

I liked reading about Kelly Ann’s mates the most. They were pretty fun, and both had interesting things going on in their lives.

Oh, and I was pissed at Kelly Ann’s parents and also Angela. I understand what Angela has, but really, she should have sought help immediately, instead of foisting the baby off to her little sister who is in the midst of exams and other stuff. Same goes for the parents and how they didn’t notice, and how in the end they even tried to have Kelly Ann still do a lot of work. Um, hello? This girl hasn’t slept in weeks, and is annoying her friends because she has to take the baby with her.

I also got tired off the whole “I have to lose my virginity stuff.” and then her constant “But it needs to be perfect.”

So yeah, I hope the next book is better. crosses fingers