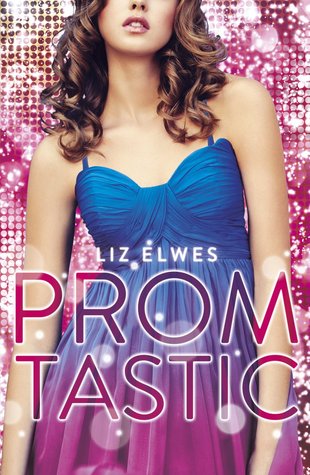 I got this book from Boekenfestijn, and I am very happy I brought it with me when I saw it. I just had a feeling I would like this one, and I was correct!

We have 5 girls, and while I didn’t like them all, and I feel that one could have just been left out (Charlotte), it was very interesting to read about their views on prom. From Leigh who is very very eager about Prom to Charlotte who hates prom.

Let’s talk about the girls.

There are also side characters who were very important as well. Like Evan and his secret (I loved him especially near the end. Plus that scene with Tony <3 <3), Lindsay (I dislike her ooooh sooo much), Owen, Ben, Jessie. I am happy that the author gave them some time in the spotlight as well.

The book starts with the Prom, and then quickly switches to the day before the prom and as the book progresses we get closer to the prom. It was a fun format. We get a peak at what happens at the prom, without spoiling much, and then we go back to the before. How everything came to be. How everyone got together.

Plus of course, the Prom! I wish I could go to that prom, it sounds oh so much fun. We don’t have proms here (or at least not when I was that age), so I just adore reading about them. Reading about dresses, about the music, about the theme, about the preparation. About everything!

This book was such a delight to read and I flew through it.

Oh and bonus points to the bonus parts in the back. Quizzes, about prom, about preparing for it, and much more. I had so much fun reading them.

All in all, a book I would highly recommend.