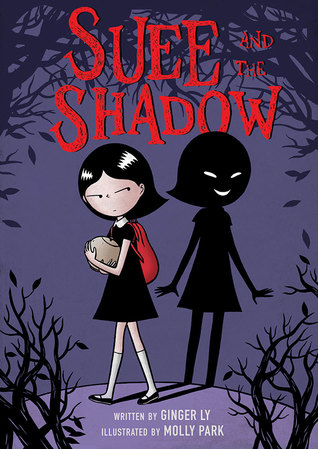 Well the start was good, but sadly at page 80 I was just dreadfully bored and I didn’t know if I would finish it. But in the end I finished it! Yay!

I will be doing a good/bad review.

Good:
-Haeun. I just adored that girl from the start. She was sweet, adorable, and even though she isn’t the smartest she was the nicest of our trio. I felt sorry for her for being bullied. 🙁 I wanted to just reach in the book and smack those mean girls. I loved how great she was at crafts (the dolls she made were cute).
-The Zeroes. Creepy, but also very sad, especially as you learn what happened to them to become that way.
-The art. It was a style I really liked. It just fitted perfectly with the story/the creepiness.
-On that note, I loved that the book was black/white. It just wouldn’t work in colour. How I know this, because there are some random colour pages in the book, and I just didn’t like those as much.
-Suee. She was a really interesting character, a bit grumpy. But I liked how she was trying to control her shadow, how she tried to not have it hurt her friends and family. Her backstory, and her family situation was pretty sad.
-The mystery. Even though it was a bit boring, it was also interesting and fun.

Bad:
-Suee. Yep, I know I added her at the good, but I also didn’t like her all the time. I wish she would just talk to her dad, tell him about her feelings. I was also pissed at her general attitude and how she acted like she was much better than the rest of the world. The fact that she was so standoff-ish towards new people, bleh. I get that she may be suspicious, but those 2 are really nice towards you, yet you act like that around them? No. Just no. Just let them help you out.
-The mean girls. And of course the ring leader’s parents are doing stuff for the school, because why not? sighs
-The mystery. As I already said in the good part, it was boring. It took forever for us to find out things, and at times it just seemed like we lost focus on what the mystery was.
-The random colour pages. Was that really needed? I still don’t get why some pages were just magically coloured and 96% was black and white. I guess I must have missed something, but that says more about the book than about me. 😛
-The school principal. What a terrible person. If you don’t want to work with kids then don’t work with kids. Sjeesh. 😐
-Suee’s dad. Can’t he see that he is hurting his daughter? I get that he has to work, but he also has a kid to take care off, and you can’t expect her to do everything. Also who the hell sends their kid outside during the night to pick up clothes? Whut? 😐
-The ending. So I guess we have more books to come? I was kind of thinking that this was going to be it, but instead it seems there is something darker going on.
-The shadow. Manipulative little wench. 😐 Then again, we are probably meant to dislike her given everything.

All in all, it looked awesome, it had good moments, but it took a lot of willpower to not drop this book.