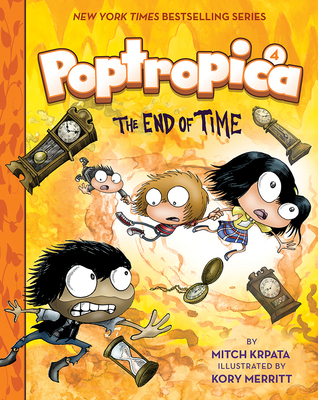 OMG OMG! This was an epic ending to a fantastic series.

We get in with a bit about Octavian and how he wanted to save the love of his life, but was blocked by people who wanted to protect the time line. Go back to the current time as we see how our trio has survived the destruction from the previous book. Thankfully they are all OK.

I loved how we got some backstory on our main characters, how Mya’s and Oliver’s families came together. (Poor Mya, but also poor Oliver.) About Jorge and his overprotective mom (there is a line how far one goes to be protective). How they all met up and how the story started, as the first book started with them already IN the air with the hot air balloon, but in this one we finally find out how they came to be in that hot air balloon. I was already hoping for some more story on our MC’s and I am glad we finally get it, and I appreciate how well it fitted with where the story is now.

As with Mya’s backstory… it made her understand Octavian more. If she knew she had a chance to save her mom or at least be with her? She would at least give it a shot. Just like Octavian would do anything to see his love or even save her.

Haha, I had a laugh at the Hillary Clinton becomes president thing. 😛 That is one way to explain endless streams of time. In one stream Trump won, but in another, and maybe infinity others, Hillary won.

But it also showed how painful things are. If Mya would go out of this timeline, into one of the others where her mom is alive…. she would disappear in this life, thus breaking up her now family. 🙁 Thus hurting her dad, her new mom, and Oliver. Darn it, time travel and all that stuff just sucks. Too many options, too many things to think about. Arghh.

Jorge and his speech was wonderful. sniffles Finally he says something smart and sensible. I like Jorge, don’t get me wrong, but generally he didn’t do much exciting in this book.

The ending was pretty fitting, though it did feel a tiny bit rushed. But eh, everything is solved, and I wouldn’t mind a new series taking place in Poptropica.

I know in the beginning (when I first started the series) I didn’t quite like the art, but by this book? I very much like it actually. It fits the story to a t.

All in all, I would highly recommend this series to everyone.