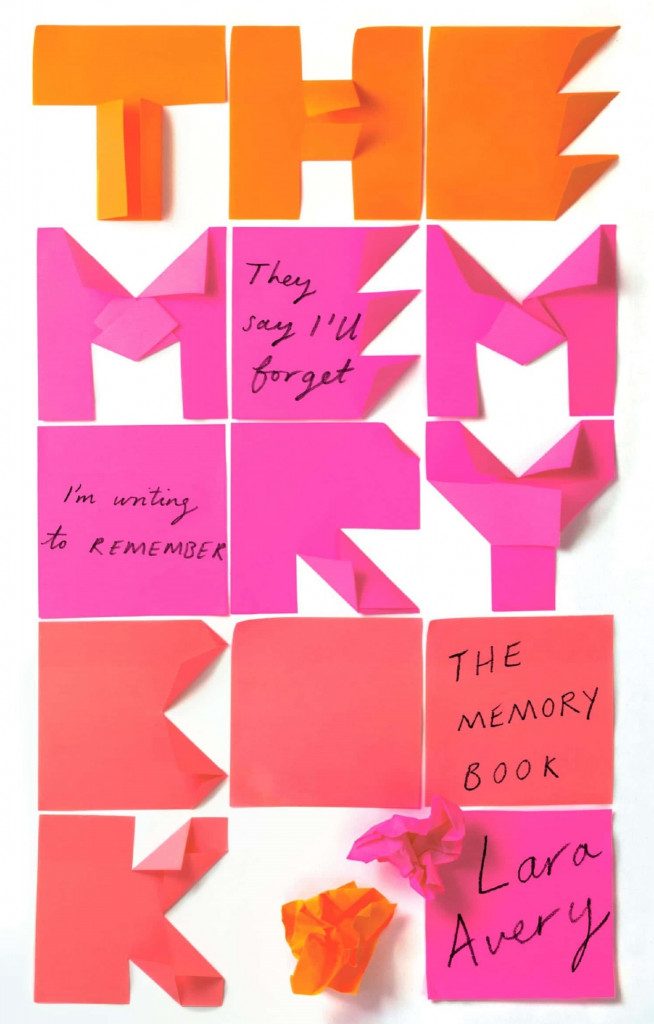 A beautiful, heartbreaking book. If not for that stuff near the end (with 2 boys) I would have rated this book a 5+ stars. Now however it is just going to live with 5 stars.

This book chronicles the progress of the sickness in Sam. She has NPC, a disease that means she will lose her memory, her body will fail her, she will lose everything, and according to doctors there is no hope or cure.

Sam is writing this book, we start not that long after she was diagnosed with the disease. She wants to make something so she can re-read it later (she has high hopes and keeps being positive) when she is in university of NY. She wants to hold on to those memories. In the beginning things seem to go pretty fine, but quite fast things go downhill for Sam. She is having trouble with talking, she gets lost or just forgets who she, and everyone around her is, she gets sick, she loses control, she forgets dates and other things. She is struggling to accept this, and boy, I can imagine. She worked so hard for her future. She has such big plans, and she finds out that she probably will never have any future. At times I was a bit frustrated with Sam. I get that she wants to do everything, that she still feels she can do everything, but the truth is… her body is betraying her. Her mind is abandoning her. I wished she would just see that. I get that it is hard. I get that it must hurt to see your painstakingly perfect future go down the drain, but she did a few things that I just didn’t think were the right ones.
But she was really brave, and I loved her around the graduation time. How hard she still tried to do everything she wanted. How she did cheat (but I could forgive her for that, as I can imagine the fear, but I may just hope that the school would have been lenient about her not getting the tests done).

I also wished she was a bit more tactical about telling her friend/boyfriend about the illness. I did agree with Maddie that how Sam told her, and the fact she never did until that moment, was not nice. I get that it is hard, but Maddie is your friend. She cares about you. She won’t dump you for this.
And she sends Stuart an email. Really, an email!

The book also clearly shows when things go downhill for Sam. Her posts make less sense, sometimes it was totally weird/nonsensical, when she has an episode. Like with the car and the party, I was just crying during these moments. You see her wonder what is going on, why is she forgetting such simple things, why is her body betraying her.

The illness really went fast, we meet her not that long before her graduation, and the book ends after the summer. That is just a few months. It broke my heart as it reminded me off a recent loss I experienced myself. Someone I really cared about had been sick for a while, but suddenly it went fast, and she died. 🙁 Without warning, 2 weeks before her death I saw her, and she was doing pretty well, of course not the best because still very sick, and then 2 weeks later she was gone. 🙁
Back to Sam, I was just so sad for her, but also for everyone around her. We could all see it wasn’t going well, but I think no one expected it to go down that fast. Everyone still clung to hope, everyone still was praying. I could understand that feeling so well. Sam had her clearer moments, maybe it will be OK…

I also wonder why her parents still let her drive the car alone? She cannot go anywhere without a first responder, and she may just lose it while driving, yet until quite into her sickness she was able to drive a car. It just stood out.

Sorry, but I have to reduce some points for the stuff with Cooper and Stuart. How the fuck are you so dumb that you have

That, and the fact that at times, especially in the beginning I wanted to shake Sam a bit due to her attitude, were the only things I didn’t quite like.

Also there is a part about Yayoi Kusama, and it is mentioned it wasn’t until later that she started hallucinating (dots etc.). However, that is not the truth. She has had that affliction since childhood. (source: Interviews, official sites)

And God that ending… I was just full on crying. The book was already getting more and more sad as the illness progressed, but I just kept on hoping. Hoping for something, for happiness. continues crying I loved that we saw the conversations between her and Cooper, even if she couldn’t remember him at times, he was there for her and he tried to help her remember.

This was a beautiful book, be sure to bring tissues you will need those while reading, especially halfway to the end. You will need them. I would highly recommend this book to everyone I see. The writer did a really amazing job on writing this book.