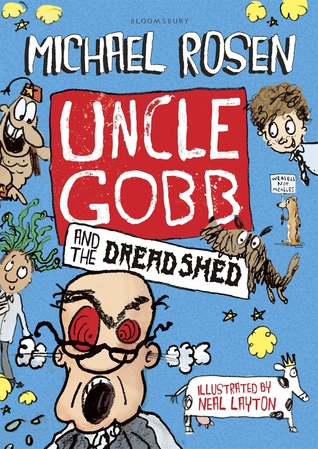 This sounded really brilliant, but sadly I only have an headache and I wish I didn’t read this book.

I normally LOVE books with narrators, I squee each time a story breaks the fourth wall. However… in this one the narrator just annoyed me to hell, and the fourth wall breaking just didn’t fit and made everything even more confusing.

Not that the book would be much better if Malcolm was the MC and there wasn’t any narrator stuff. Oh no. The book would be just as terrible. Malcolm was just horrible, truly horrible. I don’t get if he was intentionally being a dumb idiot, or if he was just playing along. But really? Some stuff were just basic human stuff, and he didn’t get it. He didn’t even know what a cane was, and what it meant. He thought it would be good if it meant he would get better. rolls eyes He constantly had to make stupid remarks about everything. I wonder how he even made it to the age he is now considering how dumb he is.

I also wonder why the mom even allowed her brother to live with them. I mean I get that he may need a home for a while, but to constantly keep such an annoying, villainous, dumb guy near you? Sorry, I would have told him to find a home. Especially considering how shitty he is acting towards Malcolm (and well everything).

The book also went for the magical route, and that really made everything even weirder and (which I didn’t think was possible) even dumber.

The art is also not really something I liked. The style was just not good looking, though then again it fitted with the weird story.

All in all, not a recommended book. It seemed so fun, but sadly the only thing it brought me was a headache.