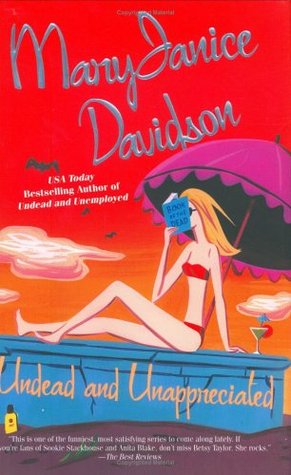 With this book read I know finally know how Betsy learned about her sister (hello blurb, it wasn’t the stepmom spilling the secrets… it was the dad), how Betsy became evil for a moment (I had hoped for a bit longer, but I guess the chaos + rage she spread was enough to have lasting effects throughout the book), and of course there is still the whole bickering between Sinclair and Betsy (and we finally find out how they got engaged (I had hoped for a bit more romance, but eh, it is Sinclair and Betsy, I guess we shouldn’t hope for it).

I was especially interested in her turning evil. It was something mentioned in the 4th book, and I was curious. How would Betsy be if she was evil? Would she be even snarkier? (Is that even possible?)
In her defence, I can imagine that she would read the book. Yes, it is bad, but people have said that about other books as well, so who knows if that is really how it works with this one. But she wanted to know more, about the prophecies, about her sister, about everything. I do think it isn’t fair from Sinclair to keep such things from his Queen, from his lover. In a way it is his fault that she turned evil. If he was just a bit more open about things, this probably wouldn’t have happened.
Evil Betsy was quite intriguing. She was still Betsy but with an evil factor of over 9000. She did some terrible things while evil, but in turn she also got something good out of it (which is surprising, as that is generally not how it goes when one turns evil).

We also are introduced to the half-sister. Laura. I have to say I much prefer Laura in the next book. She was just a bit too goody-two-shoes for me in this book. But it was fun to see more about her being revealed, and I did have a good laugh at certain parts (Betsy sure didn’t expect that). As the story progresses she gets more kick-ass and I was delighted at the end and what happened there.
I am happy with the fact that Betsy and Laura were able to bond and had such a good time. It isn’t often that you read about a meeting like this go so well.

Of course there is also another sibling coming to Betsy’s life soon!

The ending was fabulous, though I would have liked to see Betsy kick some ass. She really does rely on people helping her out, and that annoys me. I know she can handle herself, so just show that. And not just recite psalms or other holy sentences, but also have her kick some butt.

There is also the fiend situation, and it was quite fun to read how George came to live in the basement. I can imagine the basement (and near the Queen) is the best place for George.

The only thing I didn’t like, and also the reason why I rated this book a bit lower was due to the fact that the whole Sinclair x Betsy thing really got on my nerves. I get it already. You guys love to hate each other. Betsy, girl, please just confess already that you love Sinclair. EVERYONE knows it, EVERYONE can see it. Plus I am just getting sick and tired how she treats Sinclair. He brings back a present and she acts like a total turd. Throughout the book the guy just everything to make sure she is safe. He is really sweet and caring. But all he gets from Betsy is hurt, pain, and anger. I can handle one book of it. Two books, eh. But three books? Really? Just get your head out of your butt.

But I really enjoyed this book, and I will be buying book 5 + 6 in about a week as I want to see how the story continues.