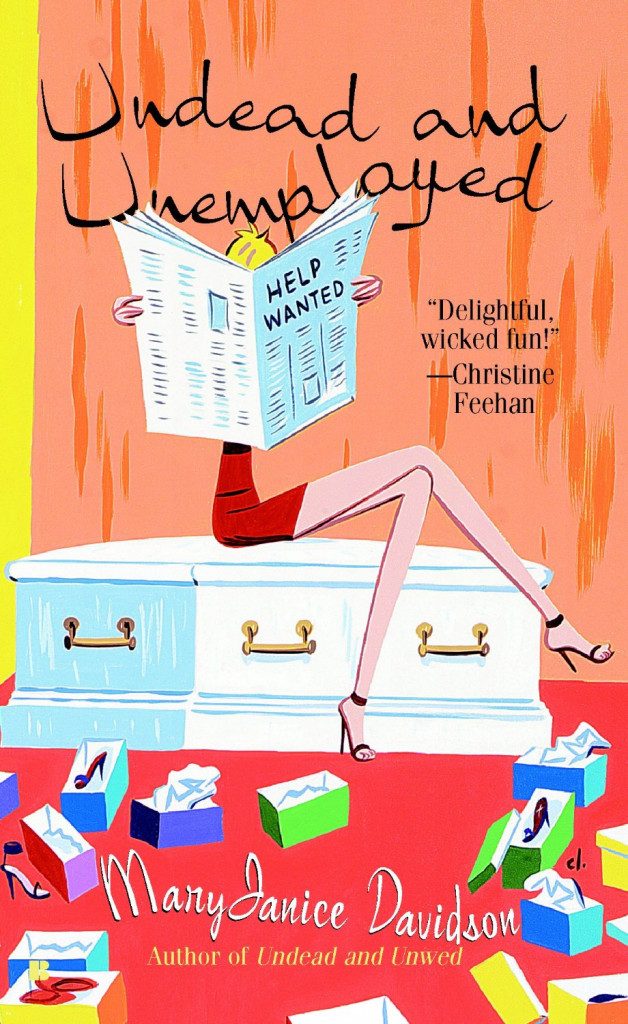 Queen Betsy has returned, this time with a job, and a few new skills in life!

Finally I had a chance to buy Book #2 and Book #3, and just a few days ago they finally arrived! Now at last I can find out what happened in those books, as Book #4 has some hints to it, but all that did was make me want to read the whole story. 😛

As the title also says: Unemployed. Betsy wants a job! She wants to have some money of her own to buy shoes, clothes, and other fun things. Of course her best friend has all the money in the world, but, and I loved Betsy for it, she doesn’t want to rely on that. I was really proud of Betsy. She is a bit snarky at times, and sometimes a bit too over the top, but in this case I was just so happy. A lot of people would just have accepted the money, but not Betsy. And her job was just perfect for her. At the shoe department at Macy’s! Yep, she gets discount on her shoes and she works with the items she loves the most in the world.
As you can imagine managing a job while also being a Queen and dealing with some evil baddie, isn’t the easiest. Not to mention the fact that Sinclair is NOT amused by the fact his Queen is now working.

We meet new guys (the Blade Warriors, though I much prefer the names by Betsy: Broody Warthogs or Word Barriers), though of course, since I read book 4 already, they weren’t that new to me, but it was still fun to get a proper introduction to them. I am not sure if I quite liked them. Especially not their reasons to kill vampires. Jon was just plain annoying, even more so than in book 4. Really, you would think that he would get the hint, but oh no, he had to keep on going. I just wanted him out of the way. I get that you fell in love with Betsy, but really, you can see she has zero interest in you.

Like the previous book we have a baddie (it seems that every book has a villain of the week or something like that), and it was fun figuring out who it was, though I have to say all my guesses were wrong (nooooo). I didn’t know it was that person until it was too late. I guess I could have seen it coming. But I was so absorbed with all the other things going on I didn’t notice.

I had a laugh at the fact that it took Betsy ages to figure out what Marie was. I just knew instantly what was going on. There is just no way a little girl is wandering around like that. Especially not in those clothes.
But that little girl also brought some sadness with her. I did cry during THAT moment. So sad, but also so sweet and happy.

I was a bit annoyed at the Sinclair x Betsy situation. I could understand that it wasn’t easy for Betsy, being pushed into King/Queen stuff, anyone would probably react the same way, at least for a bit. But really, I wanted her to at least try to like Sinclair. At least try to make it work in some way. Instead she kept bitching, whining, be a total ass towards Sinclair. And really? Everyone can see that she is just head over heels in love with Sinclair. She is just being stubborn and Betsy. 😛

And it is fun to see Betsy learn a bit more how to become a queen. She did some Queeny things in this one, though of course still with a big portion of reluctance.

I wasn’t sure what I thought about the Priest and his POV parts. I would rather have seen Sinclair’s or someone else’s POV.

The ending was fabulous, and even though I knew it would be fine (gee, there are so many books featuring the character), I was still really worried about her.

All in all, I laughed my butt off while reading this book. I just flew through it!