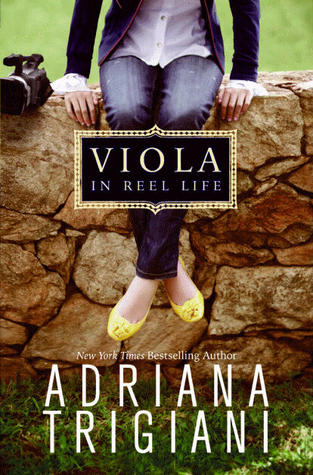 A girl, her camera, a boarding school. What will happen?

This is one of the books I bought in May at the second-hand part of a book store. I was really interested in this book, it had quite a few elements that I liked. Boarding School: Check! Friendship: Check! A girl learning to live on her own: Check!

Sadly, I quickly disliked Viola. She is so judgy about everyone and everything. I can imagine that it sucks that her parents dropped her off at a boarding school to work hard. I can imagine it isn’t fun to have to share a big room with 3 others. I can imagine many things. But really, she was just being a bitch. Even later on in the story when she is a bit more used to everything, she judges people on what they wear. Oh heaven forbid if someone dares to wear something that is not in style. She barely gave any attention to the teacher when she wearing x outfit. What is up with that? I just found it really rude. And not only fashion, but also other things. Like she keeps comparing where she is now with her home. And no, it isn’t pretty.

There were moments I liked Viola, during the times when she was dedicated to her camera, she really has a talent with that (I hope she will do more and more with it in the future). But also when she was with her friends and didn’t judge them too much. She really has a sweet side, and, since she passed, I guess she also gets good grades and studies hard.

Jared x Viola? Eh, I never really shipped them. Jared was just a bit too much like Viola. It was like he was a male clone of her. They just had too much alike. Plus I found it a bit too convenient that she met him and that they instantly liked each other. She hated that dance, but oh, hey, here is a hot boy who is exactly like you. Bang, done.

The ghost? Well, that was one thing that made me almost drop this book. Sorry, I love boarding school x mystery/paranormal. But it has to be done well. Here it just felt like an afterthought, like a plot device so that Viola would have a topic for that competition. And I don’t like that. It just didn’t fit at all.

The drama around Christmas? It felt overdone and silly. Yes, it was very sad for Viola, but I think the drama could definitely have toned done a few dials.

Also the story just kept on jumping around in time. For instance in one chapter we are getting the books and the next chapter begins with her writing a letter to her parents and it is a month and a bit later. It was just so disjointed. I would have loved to see more of that first period, to see how she adapted, adjusted, and how she made friends.

I barely saw anything of the boarding school. We were there, we saw some stuff, but it just felt lacking. I had liked to see a bit more of the school, of the classes, of the pizza club, and other things. It could have been fleshed out a lot more.

Also the whole Andrew thing and how that progressed was just eh. They are supposed to be best buddies, but I never really saw that. Maybe also because of how the story skipped around and months just seemed to pass.

So yeah, this was a disappointment. I may have given the second book a try, but that is about Viola at home, and I have no interest in that.

All in all, I am glad I didn’t buy this book for the full price. I am not sure if I would recommend this one. It has a few good things, but also enough that wasn’t too good.