Welcome to the Blog Tour for A Messy, Beautiful Life, the debut book by Sara Jade Alan! I am so happy that I had a chance to participate in this tour, this is one book I just want to read! It sounds beautiful (but I know it will also break my heart).

So for today’s post I got the standard information, a fun giveaway, an excerpt, and also a few teasers (to get you more excited for the book). 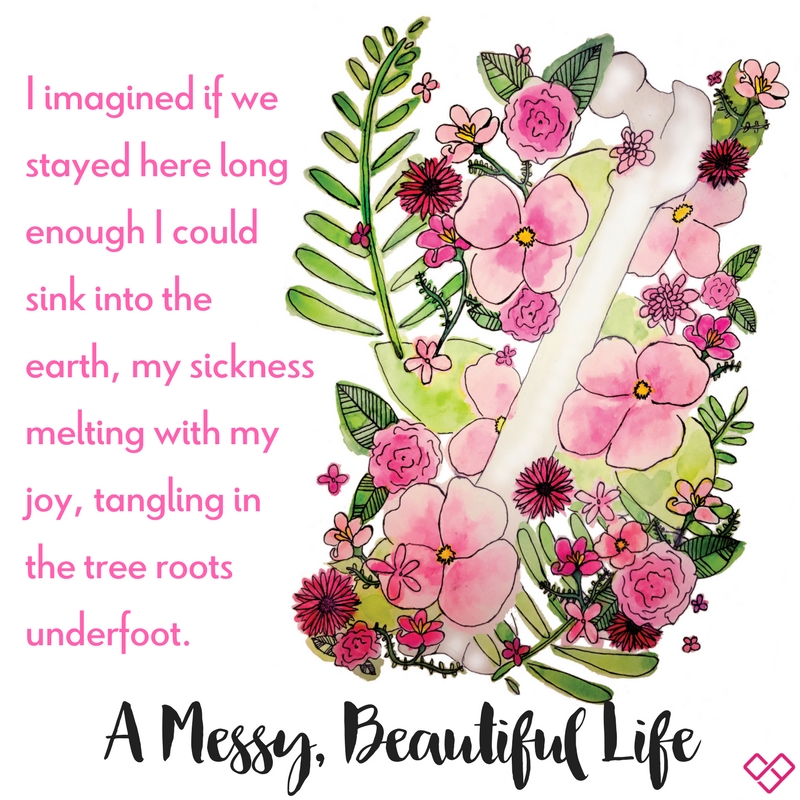 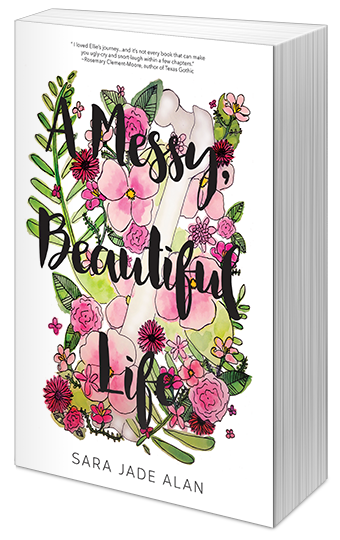 And not always the ha, ha kind. Like that one time where a hot guy tried to kiss me and I fell. Down. Hard. And then found out I had cancer.

And I’m trying so hard to be “just friends” with that hot guy, even though he seems to want so much more. But I won’t do that to him. He’s been through this before with his family, and I’m not going to let him watch me die.

So, I tell myself: Smile Ellie. Be funny Ellie. Don’t cry Ellie, because once I start, I might not stop. 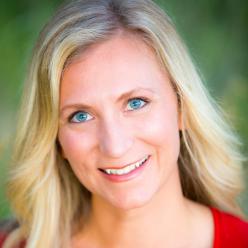 Sara Jade Alan wrote her first comedy sketch during second grade recess, then cast it, directed it, and made costumes out of garbage bags. Since then, she has performed in over a thousand improvised and scripted shows all over the country. When she lived in New York City with her college improv group, she worked as an assistant to a best-selling author of young adult novels featuring strong female heroes and was completely inspired by her books and the awesomeness of her teen fans. Spending a year on crutches, Sara turned to writing her own young adult stories and was hooked. Currently, she is one-half of the comedy duo, The Novelistas, who perform about writing and teach performance to writers. Hailing from a suburb of Chicago, Sara now lives in Colorado with her husband—who she met in that college improv group—and daughter, who they waited a bunch of years to make. She is a member of and guest instructor at Lighthouse Writers Workshop. 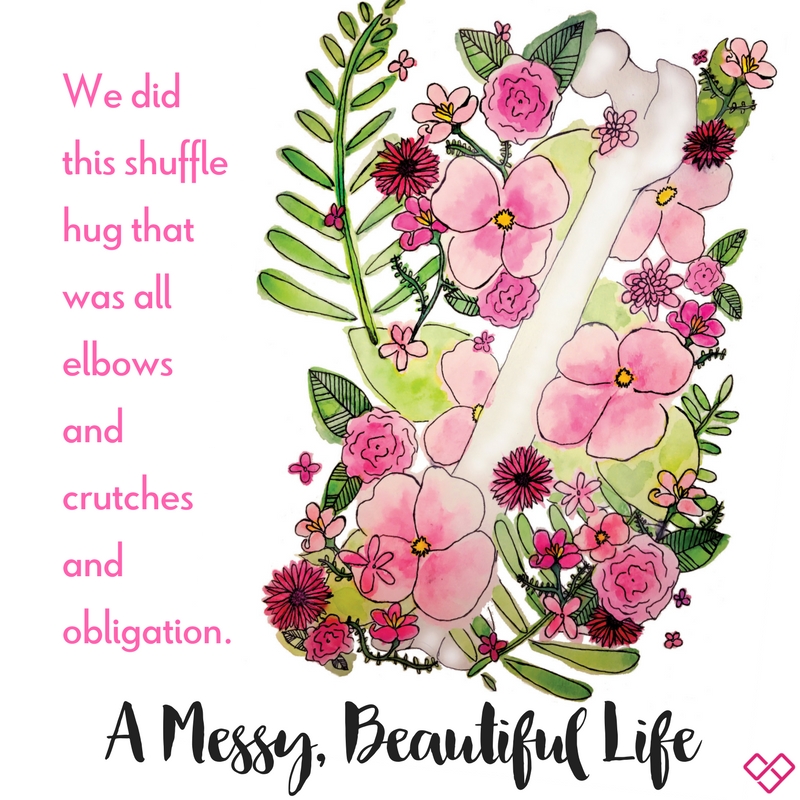 From the outside, it must have looked like a weird improv girl about to lie right on top of a strange boy. Onstage. In front of almost two hundred people.

We had been doing near-acrobatics for the past two minutes. Snippets popped into my mind—entangled arms, wrapped legs, arched backs. My brain processed the building energy of the audience, the rising laughter, the hoots and whistles, and I realized our scene must have looked like an epic dry-humping session.

Mortification enveloped me, like all the naked, peeing nightmares of childhood but without the happy escape of waking. I feared this might be one of those shuddery life-moments to etch a forever-home on my memory’s instant-cringe list.

And yet. The rare connection, the out-of-body-ness… I understood what it felt like to be in the moment. I also knew there was “in the moment,” focused but aware, and really in the moment, where everything outside the scene slipped away. It was what I’d read about in all our improv books—like some Holy Grail of improvisation. But I hadn’t known it was possible to totally “lose your mind” and be completely in the moment. Now I did, and it was fun.

If only it could have happened in private.

But it hadn’t. And we were still in it—I was hovering perilously close to his face, as all this flashback processed in the embarrassment quadrant of my brain in an instant. I made the mistake of looking him in the eyes.

Our faces were so close. His lips formed a shy grin on one side, revealing a single, irresistible, dimple. We cracked up, and I released the rest of my weight onto him in a fit of nervous laughter, my head falling in the crook between his neck and shoulder. My nose informed me I had a new favorite smell. As he brushed off some of my hair that had fallen in his face, his arm mashed against me in a nice and only slightly suffocating kind of way, and he shouted, “Will someone please yell freeze already?”

Someone from the audience yelled, “No! We’re waiting for you to do it.”

Oh my God. It hit me that I was, in fact, still laying on top of him. Super speedily I stopped sniffing him like some crazed wildebeest and jumped up, only to be left standing downstage, caught and bewildered, a flush of embarrassment crying out like a face tattoo.

I decided I really should quit improv.

It would make life so much easier.