A happy welcome to the Cover Reveal for the newest book by Eliza Wass: The Life and Death Parade! This book will come out next year, June 28th to be exact. Disney-Hyperion is the publisher.

Next to revealing the cover, and giving you information on the book and the author, I also have a giveaway (sadly, it is only for US). 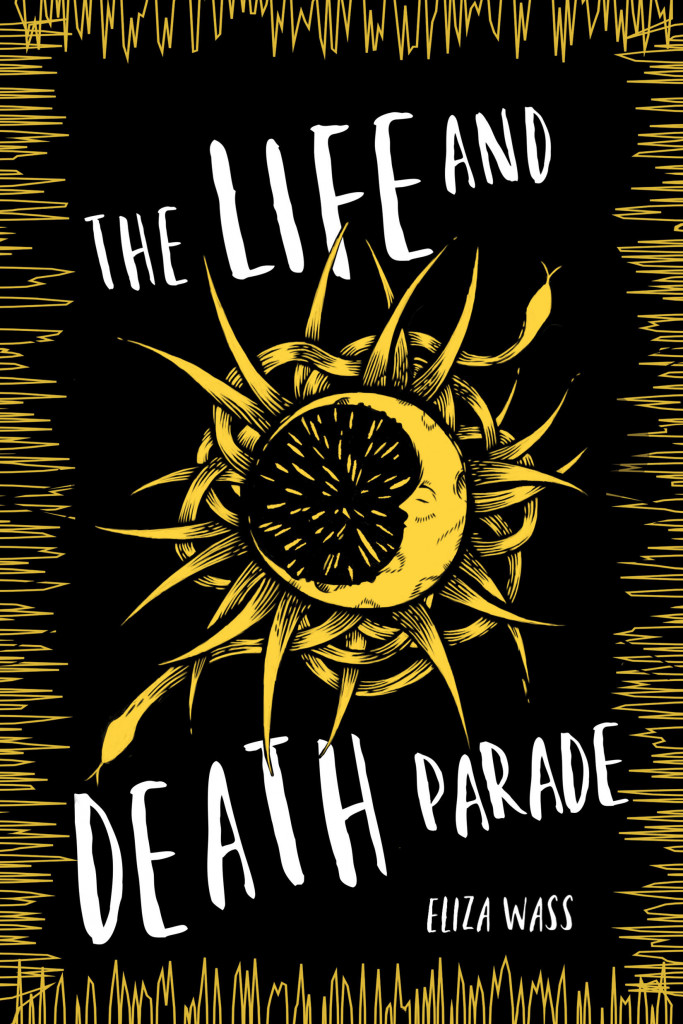 One year ago, Kitty’s boyfriend Nikki Bramley visited a psychic who told him he had no future. Now, he’s dead.

With the Bramley family grieving in separate corners of their home, Kitty sets out to find the psychic who read Nikki his fate. Instead she finds Roan, an enigmatic boy posing as a medium who belongs to the Life and Death Parade–a group of supposed charlatans that explore, and exploit, the thin veil between this world and the next. A group whose members include the psychic… and Kitty’s late mother.

Desperate to learn more about the group and their connection to Nikki, Kitty convinces Roan to return to the Bramley house with her and secures a position for him within the household. Roan quickly ingratiates himself with the Bramleys, and soon enough it seems like everyone is ready to move on. Kitty, however, increasingly suspects Roan knows more about Nikki than he’s letting on. And when they finally locate the Life and Death Parade, and the psychic who made that fateful prophecy to Nikki, Kitty uncovers a secret about Roan that changes everything.

From rising star Eliza Wass comes a sophisticated, mesmerizing meditation on the depths of grief and the magic of faith. After all, it only works if you believe it.

Eliza Wass is an author, journalist and the wife of the late musician Alan Wass. Her debut novel, The Cresswell Plot, was published in 2016 to critical acclaim by Disney-Hyperion. She has contributed articles to The Guardian, Grazia, NME, Shortlist and THE FALL.
Her second book with Disney-Hyperion, The Life and Death Parade, will be published in June 2018.