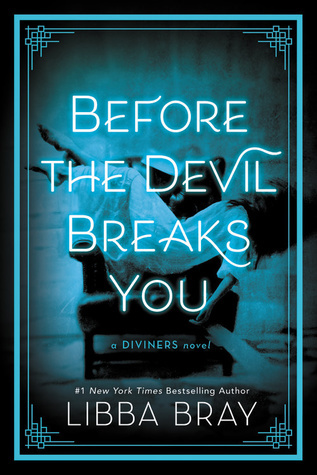 “We are the Forgotten, forgotten no more…”

This won’t be a very long review. I just want to convey my feelings on this book. And I am still in a whirlpool of emotion after reading this one, so sorry in advance if it is a bit chaotic.

So, just like all the other books in this series, it took me a while to read this one. Once you really get into it you can’t stop, but the first 100 pages are a bit tricky. They are fun, but they just don’t pull me in like the rest of the pages. It also didn’t help the font was tiny.

I am also not amused that the cover changed once again. I now have 3 different covers. I hope the next book will at least follow one of the themes from the previous books. It is just getting ridiculous that they switch covers for EACH SINGLE book.

The story gets more and more exciting, this time we have ghosts, The Forgotten, making trouble (and eating people left and right). But also the King of Crows makes his threats and does some really bad things. We also find out more about James, Miriam, Will, Buffalo Project, other Diviners, our own characters, and most importantly, about the Diviners. What a shock that was. I had my suspicions given the direction of the books, but I just hadn’t expected them to come true.
It sounds like a lot is happening, and there is even more that is going on in this book, but I never once felt like it was too much. If anything I just loved the fact we got so much information, so many twists and turns.

There are also parts that go back to the past. To when Buffalo Project was just starting/just underway. I quite loved those parts as they gave more insight in Will, Rotke, Marlowe.

I was not looking forward to Mabel’s POV. I just don’t like the girl. I really found her actions in this book stupid and weird. She was just too desperate to do something of her own that she lost the way in front of her.

The love triangle between Sam, Jericho, Evie? I already didn’t like it in the previous book, and I hated it to death in this one. Evie, pick one guy, you can’t have both, and it is just plain rude to do things like this. Especially in the later parts I was just annoyed with Evie and how she swung from one guy to another.

The book is also much more mature than the previous books. We have a few sex scenes or scenes that get very close to sex. Nothing too graphic. I thought they fitted the story quite nicely. The characters are definitely maturing, and their relationships also grow.

I am very delighted with that Ling meets someone as well. I was absolutely squealing in delight. They make an adorable couple, and I am rooting for them.

There were a few things that broke my heart. ABSOLUTELY don’t click on these unless you read the book/don’t mind spoilers.

I never liked Bill, but after seeing his story in this one? I just lost some of my dislike for him. He still did some very disgusting things, and I don’t forgive him for it, but I can see why he did it.

All in all, I loved this book. It was so exciting, I never wanted it to stop. I can’t wait for the next book, we are going for the finale!