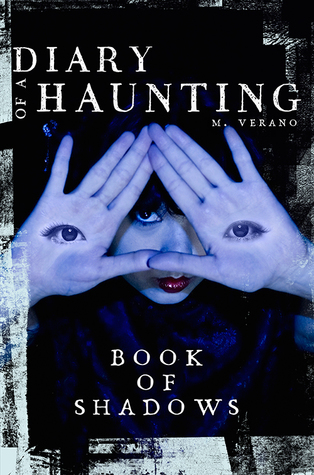 snorts Sorry, but I was really looking forward to this book for a long time. I am so disappointed.

Sorry, but the whole premise sounded exciting, but I was just struck by how dumb everything was, and how they can’t figure out things themselves. I get they were probably possessed eventually or into the powers of the demons, but really? Before that? If a book gives me an off-feeling, and if it makes me go into a trance and draw images of unimaginable horror? Sorry, but I would NOPE out of there faster than anyone can say NOPE. I would just bring the book back, say sorry, and then NOPE NOPE NOPE my way out of that store.
But no, no, these kids. They just had to dabble in poop they shouldn’t dabble in. sighs What is up with horror books always having that setting. Oh hey, something feels wrong, but hey why stop? insert horrible stuff happening Hey, maybe we should stop? Oh hey, but wait, we haven’t tried x and y, and maybe it all isn’t that horrible. rolls eyes

Mel was totally not likeable. From the moment she talked about practically worshipping her best friend Lara, to the whole let me just steal a book, because why not? I also didn’t like her going in a flaming rage every time someone did or said something to her. And she didn’t even hold herself in, oh no, this girl just went fighting. No matter if she may lose. It just didn’t make her that likeable. Plus her overly attachment to something obviously creepy? Eh.

Eventually the characters just all turned for the worst, well, except my fav girl Lara, but everyone else just turned into some sort of worst version of themselves (or worse in some cases). Mel just went totally paranoid, Caleb turned into some kind of weird worshipper. And I am not even talking about the rest of the school.

Yep, Lara was my best girl in this book. She stayed mostly levelheaded though she also made some pretty stupid decisions that just seemed out of place. She tried to warn her friends. She tried to stay away from most of the not so go spells. Plus she was sweet, caring, and well, with the exception of her preaching to Mel a lot, she was just my fav.

The ending? Or well, the moment the book left Mel’s hands and got into someone else’s hands? Dear Lord, I thought the book couldn’t get any cornier, sillier, and more terrible. But apparently it could. It went from silly, dumb kids dabbling with stuff they shouldn’t do, to the whole town going craycray and the church going all wonky. What the hell? I wasn’t sure if I had to laugh or to shake my head at the stupidity and weirdness. How did that person not notice that this object was tempting him, luring him, feeding him lies.
And then how it all ended? Gee, I could have told them that from the start.

The letter to M. Verano, and the editor’s note. Those were truly the only things I did quite like. It just gives something extra to the book, just like how the book begins with M. Verano telling us how they came across this story. Plus I certainly didn’t expect that outcome.

Welp, I hope the next book will be great again. I am not sure if I will be so excited for it as I was for this, and the previous ones, but I will be checking it out when/if it gets out.