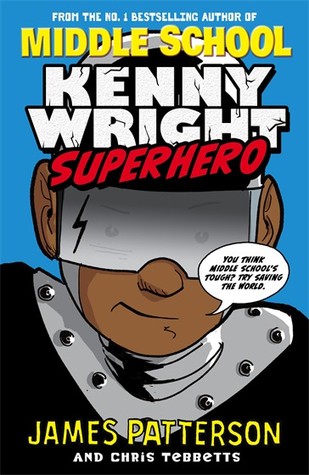 A great, and fun book about many topics.

So this was one of my random buys, and I am so glad I brought it with me. Because this was a really fun and great book. Not only about a boy growing up, but also about education, about standing up to yourself, about friendship, about being black. Yes, this book is about a ton of things, and no, I never once felt that it was too much. It just all clicked together, like it was one big puzzle and everything had a place.

Kenny was a great character, and I loved his imagination. And while he says it is mostly due to his grandma, I think he is also very smart. He knows all sorts of facts, he does chess, and much more.
I was rooting for him to tell his grandma about his feelings, about the fact he wanted to just do some things on his own.
I was a bit angry at him for abandoning his older friends, BUT, I can also forgive him. Especially since later he does make it up to them.

Ray-Ray was definitely my favourite character though. I loved that kid. He was sweet, fun, bouncy, streetwise, but you can also see that he is smart as well. I am sure if he gets better chances he may get very far in life. He just needs someone who takes care of him (while I do agree that Nicky did his best, I feel that it may be better for someone who has a healthier lifestyle to help Ray-Ray grow).

I am probably in the minority with this but, I didn’t always like the grandma. Pushing kids to read is always a big no-no in my book. Reading is great, and fabulous, but if someone doesn’t want to, don’t force them. Thanks. The only thing that often causes is that kids are turned away from reading.
Plus I also didn’t like how overprotective she was over her grandchild. To the point that he was afraid of telling her when he did something wrong, and that he got bullied because of it. Of course Kenny should have told her sooner what he wanted, how he felt, but eh, I can imagine him not daring to say anything.

The comics were fun, and I did like how they were connected to things in the real world, but I did get a bit bored of them as I just wanted the normal story. As that one was way more interesting to read.
Review to come.

I liked the protest and all they did to get better education. I hope people will be listening, and I hope that the schools in Kenny’s area will be better in the near future.