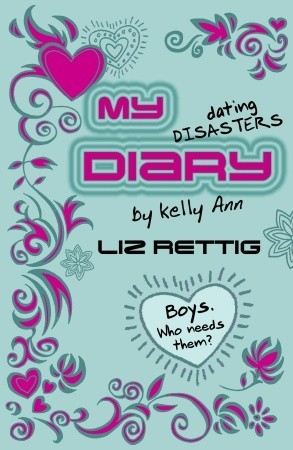 Warning: This isn’t book #3 (as many sites state), this is the prequel to the series!

So I was kind of confused. Goodreads (and other sites) list this as Book 3, but actually it is a prequel. 😐 I wish they had said that somewhere, then I wouldn’t have been so excited to see some Chris x Kelly Ann romance + see her graduate from school (as she is in her last year).

But in the end I still really liked reading this one, laughing my bum off, and enjoying all of Kelly Ann adventures, she does remind me of myself. I was also a tomboy for quite a bit of time, and then, like Kelly Ann got more interested in boys and becoming more girly. 🙂

When we first see Kelly Ann she is 14 years old, a giant tomboy. Doesn’t care about boys (well only as her mates), clothes, or make-up, and she loves soccer (doing it/watching it), making jokes. But as the story continues we see her be jealous of her best friends, because they have boyfriends (and girlfriends). Her first tries to impress the male species is by climbing trees, soccer, and other stuff. All in all, the results are pretty abysmal. As you can guess Kelly Ann is pretty confused. Isn’t she doing all sorts of stuff that boys like? Why don’t they like her? Her mates try to help her out, and as the story continues we see her get more and more interested in clothes, make-up, and other girlish stuff (though she is still loving soccer and other things). It was pretty fun. And like I said, it reminded me of myself.

Of course there is tons of Chris drama again. Kelly Ann is quite oblivious to what Chris wants, and Chris is apparently not really the best in telling a girl about his feelings. At times I was rolling me eyes, or shouting at both characters for being such bloody idiots.

And dad and mum are at it again in this book, I do wonder how ever they managed to stay married so long. They keep arguing. I just don’t see how they ever got to be together. 😐

I also liked seeing the sister going through the boyfriends, and being officially introduced to Graham. 🙂

And Kelly Ann’s mates are just too much fun and sweet.

All in all, I will be getting the other books as well. Hopefully we don’t have any other surprise prequels. 😐

One thought on “Review for My Dating Disasters Diary”