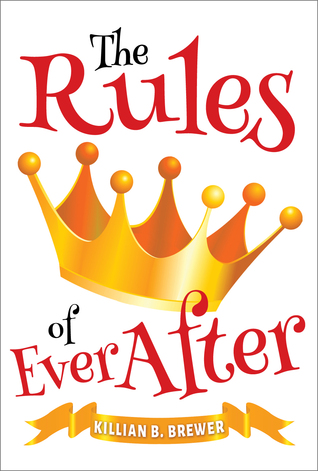 It is time to write one’s own rules about one’s life! Princess, Princesses, witches, travelling, romance, curses and blessings, and more!

I am back at one of my favourite YA groups on Goodreads, which means tons of fun challenges, including the Blind Date Challenge. My partner and I had to pick a book and we decided on this one, and boy, I already loved it from just reading the blurb/seeing the cover, but I love the book even more after reading it.

We have 3 POV, though 2 of them are the main POVs and we see them the most.

Of course there are also other characters that travel with Philip and Daniel. Out of those my favourite was Gwen. I just love a girl who can handle herself, and isn’t afraid to fight to help her friends.

The relationship between Philip and Daniel is one of the focus points of the book. In more than one way these two are just destined to be together. I was shipping them from the moment they laid eyes on each other. I am normally not a big fan of instant love, but I could forgive it in this one as they just matched too well. They complimented each other.
Though I had some frustrations. These two clearly want to kiss, but it doesn’t happen for a long long time. Every time it got close I was just shouting at my book (to the annoyance and hilarity of my boyfriend). But in the end I get why it took so long for the kiss to come. I won’t spoil anything, but I am sure that those who read it will understand what I mean.

The adventure, the fights, the ending, I loved it all. It was just so exciting and I couldn’t stop reading because I wanted to know if our heroes would be safe. If Philip and Daniel would get together. If the evil stepmom would be defeated.

There are also numerous references to fairy tales. Not only with the characters, but also the items they encounter, the curses and blessings, everything is just drenched by fairy tales. It was fabulous. I had lots of fun figuring out some of the harder references. 🙂

I did have one point that I didn’t entirely like. The fact that everyone BLAMED Philip for the princesses and how they were treated afterwards. Um, hello, it is not his fault that they have to do this testing, it is the stepmom. Same goes for other things. Again, not his fault. But can this guy get any sympathy? Oh no, of course not. I just got pissed at people wanting to kill Philip. 😐

Plus I am not sure what to think of the fairies. I did like the whole blessing part, but I didn’t like the curses or the fact that they just seemed to forget about them. It was hilarious that they just popped up when there was an event happening.

All in all, a hilarious, cute, fun, adventurous, romantic story that I would highly recommend.