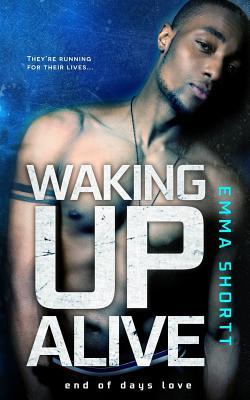 I finally could read the second book! I had it on my kindle for a few weeks now, but I was waiting for October to come before I could read it. Halloween and all that.

This was a fantabulous, creepy, rollercoaster of a read. After the cliffhanger in the first book I was curious to see how the second book would continue. Would they start at the cliffhanger? Or would we get a whole book from the beginning, the moment Tye and Jackson got split up? The answer is the latter option.

Like the previous book we have two POVs (and later another person got one or two chapters as well), Polly and Tye. We already know a bit about Tye, and we were introduced briefly to Polly in the first book. Now we see how they met, how they travelled together to the camp, how everything got to the point of the cliffhanger of the first book.

At first it was a bit boring, as I already knew what would happen, but as soon as Jackson and Tye split up it got interesting. We meet Polly, a nerdy, kooky girl who apparently survived on wits and luck (and a hell of shot with her gun). I took an instant liking to the girl. I wanted to know more about her, how she survived these past 2 years.
Plus she was so different from Jackson. I do like my girls kick-ass, but I also like it when a girl is open to help, especially from a guy. Jackson often got pissed off when all Luke wanted was to help her out, or when he worried about her. Polly was totally different. She was kick-ass, BUT she was more than willing to accept help, to grab Tye’s hand when it got difficult. She never once got angry at him for his help, and I just was so happy.
Plus I just love a girl who is smart and makes the most of a situation. Polly was able to survive by her smarts, by finding a place where she would be safe, by hoarding the surrounding buildings, by making bombs (yes, this girl is a bomb maker).

It was also fun to learn more about Tye. About how he was a police officer, how he went through those first few months, the horrors he saw, and also why he keeps staying so happy and relaxed.
Tye was such a sweetheart, I just wanted to cuddle him and hold him. I loved how he never gave up on Polly, how he stayed with her, came back to her, helped her, and loved her.
I felt so sorry for him after what happened to Polly. He finally had found a girl to love again, he finally found someone he wanted to protect, someone who he wanted to hold close, and then that happens. 🙁 You may just imagine how he handled the situation. I was scared that he would get hurt, though I knew, deep down, that he would never let that happen.

Polly x Tye also felt way more real than Jackson x Luke, and I found myself rooting for these these two characters who couldn’t have been more different. (Tye = fire and sweet, police officer. Polly = quirky and icy, scientist/mathematician.) Whereas Jackson and Luke immediately got close, and not that long after got quite intimate, Polly and Tye take much much longer. That mostly has to do due to a horrific experience that Polly had a few month prior to meeting Tye. She was helping out survivors and got caught by bad men who raped her in a van. You can imagine that it is already scary for a woman alone in the apocalypse, but that this makes everything worse. 🙁 So yeah, throughout the book we see Tye be very patient with Polly, let her set the pace. Let her decide when she wanted to get closer to Tye. Of course it wasn’t easy for him, but Polly is important to him, he treasures her. It was just adorable. And I was cheering for Polly, as with the story you can see her come out of her shell more and more. The wall that she had created crumbled more and more with each sweet action that Tye did.

But, as I said, the rape. At one point in the story (when we get past the cliffhanger from book 1) we read what happened to her. It isn’t too graphic, but I do want to warn people about it.

As soon as we hit the part where the first book ended it became even more exciting. Especially since Polly’s POV became quite intriguing to read. We saw how she went through the process, how it felt to her. Of course I was also invested in the cure, would they find it? What would happen to Polly, to Red? Would they be cured? Or would they turn into something else entirely?

I have to say I am a bit sad about the ending, it felt like so much more could be explored. Like the cure, did they cure people? Did it work on everyone? Is the world a bit safer now? Or is everything still not OK? I would have loved to see an epilogue. Something to tell us how everyone is doing.

So maybe a book about Red? I would at least want to know her story. When did she get bitten? Right away? Months later? How did it happen? And then of course I also want to know how it goes for her these days. Is she able to get over the trauma that came with being a zombie?

All in all, I do hope for more books. And I would highly recommend this book (and the previous one) to everyone.