A warm welcome to the spooky, horror Blog Tour for Monsterland by Michael Okon! We are just going to continue with Halloween with this book, as it is about a park filled to the brim with monsters. Vampires, zombies, werewolves, hey, what could possibly go wrong, right? 😛

For today’s post I got a guest post in which the author tells us about how to be published, a short trailer, the usual suspects (book/author information), and lastly I got a giveaway (sorry, US only). As you see, I got a howling-good post for you all! 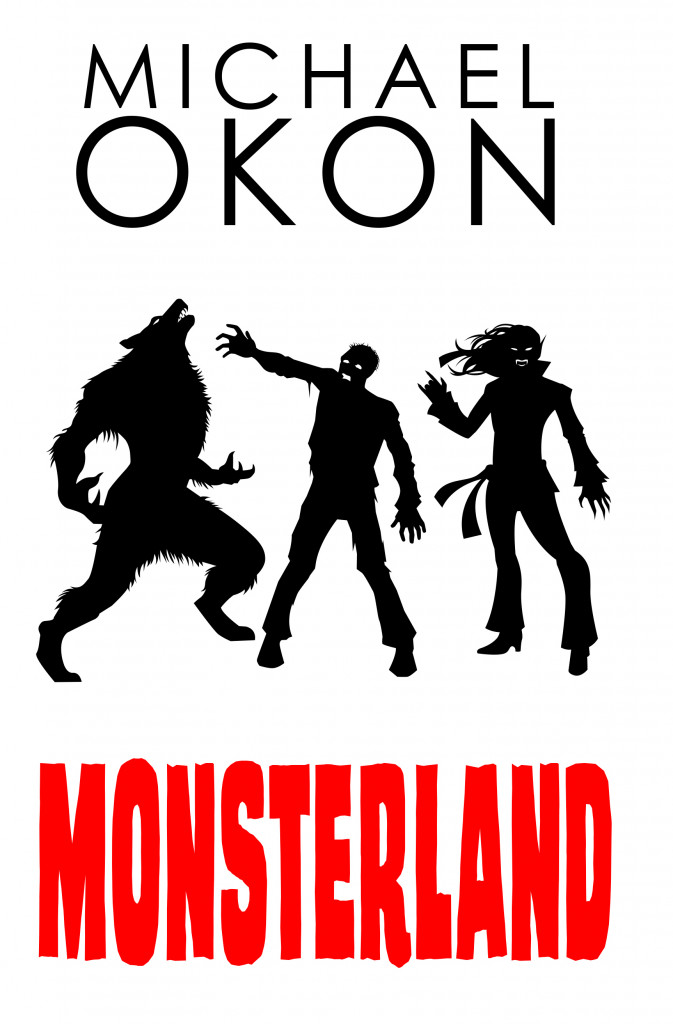 Welcome to Monsterland, the scariest place on earth.

When world markets are decimated by a crippling plague, philanthropist, and billionaire businessman, Vincent Konrad decides to place monsters in a theme park setting to promote education and tolerance. Copper Valley is chosen as the primary site for the park in the United States.

Wyatt Baldwin, a high school senior is dying to go to the opening and when he lands special passes to the park, he and his friends are expecting the experience of a lifetime.

After all, in a theme park where real zombies, werewolves, and vampires are the main attractions, what could possibly go wrong?

Michael Okon is an award-winning and best-selling author of multiple genres including paranormal, thriller, horror, action/adventure and self-help. He graduated from Long Island University with a degree in English, and then later received his MBA in business and finance. Coming from a family of writers, he has storytelling in his DNA. Michael has been writing from as far back as he can remember, his inspiration being his love for films and their impact on his life. From the time he saw The Goonies, he was hooked on the idea of entertaining people through unforgettable characters.
Michael is a lifelong movie buff, a music playlist aficionado, and a sucker for self-help books. He lives on the North Shore of Long Island with his wife and children.

How I Became a Published Author by Michael Okon

I wrote Monsterland and self-published it in 2015. My mom is my publicity manager and she blitzed the bloggers with my book. That fall I was reading a book called Selling a Screenplay by Syd Field. In the book, there was an entertainment attorney named Susan Grode who seemed very knowledgeable about the publishing and film industry. I told myself, when I receive my first contract, I’m going to reach out to her to see if she could help me. About two months later, I received a post on Facebook from an agent in London who asked to represent me. I said sure and asked him to send me a contract. I emailed Susan and introduced myself and mentioned that I had someone who wanted to rep me and I was hoping she could read this contract. She told me before I sign with this London agent, why don’t I meet her friend in Brooklyn, an agent named Nick Mullendore with Vertical Ink Literary Agency. I met Nick for lunch and he signed me that day as his client. That evening, Susan brought me on as her client as well.

Nick began trying to sell my book Monsterland to the publishers and it was rejected. Throughout his attempts of selling, he had a call with a film agent and he was pitching her a romance novel. She said she wasn’t really into romance and was looking for something with monsters. He sent her my book Monsterland, she read it over a weekend, and we had a call that Monday. She told Nick and me if we get the book published, she will get it into a producer’s hands to make into a film. Nick found the publisher WordFire Press owned by Kevin J. Anderson, who has written all the Star Wars and Dune canon books. WordFire signed me to a two-book deal for Monsterland 1 & 2. After the deal was signed, my film agent did what she promised and got my book into the hands of a billion-dollar grossing producer who is now shopping my book to certain studios. It’s been a wild two years.