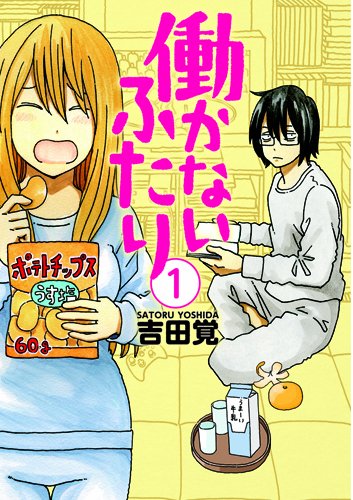 A sister and her brother, both shut-ins, both NEETs, what will happen in their daily life? Will they be able to go outside? Find a job?

And be this sounded much better than it actually was. I was quite interested to see how these 2 live their daily lives, maybe see them make progress to go outside. But all I got was a whiny sister who can’t do a single thing without help. Who is spoiled to death. Who whines every time something isn’t to her liking (and that happens a lot). I disliked her from the start. I did feel sorry for her anxiety, but other than that? She didn’t even understand the basic of life skills. She totally doesn’t appreciate anything (and the mom is trying so hard). She, like her brother, are both freeloading at their parent’s home, but instead of being happy her parents allow it, she is grumpy.

I would love a manga from the POV of the brother.

I wanted to tell the mom to just find a doctor or help for her daughter instead of spending so much money on her and trying to get her to be married. Really mom, that is never ever going to happen.

The art also wasn’t the best. Especially the faces were just a bit ugly.

All in all, this is one manga I won’t read further. Maybe I should just stay away from manga about shut-ins. I haven’t found one that I liked.