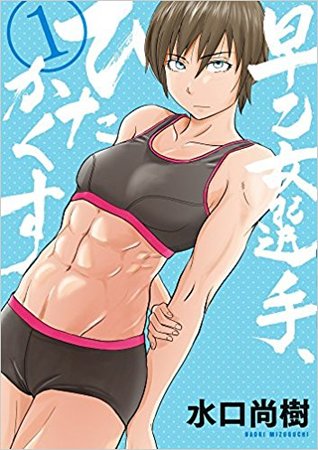 A boy, a girl, seems like the simple formula so many manga use, right? Well think again!

The girl in question is a champion in boxing and something of an idol due to that, and well, those of us who know Japan, know how they treat their idols. The idols have to be pure. They can’t be distracted by frilly things like boyfriends.

So when our champion girl, Yae, confesses to our MC she is surprised that he rejects her! He does have a good reason though, the idol thing, plus he doesn’t want to impede on her boxing career with a distraction like a relationship. He is a boxer himself (though it seems he mostly sucks at boxing and is better at knowing everything about it), so he knows that distractions are not that good. I was happy that he at least has a good reason, I could see he was heartbroken that he had to tell her this. But yeah, the prospect of getting beat up by fans… I would also not go for it.

Thankfully, there is the coach, and she decides that it would be good for Yae to have a relationship, and makes Satoru the trainer for Yae. This way they can spend a lot of time together, under the guise of training while they are actually dating! But they still have to be very careful. If anyone finds out that they are dating…. I just adored that the coach was so supportive of Yae and Satoru. Though she kept having to remind them to keep it secret, and she even got angry at Satoru when a little misunderstanding threatened Yae’s competition (because she was so confused/sad about it).

It was really fun to see Yae get more feminine as the chapters progressed. She started noticing her breasts, she started watching how she looked, she started worrying about boyfriend/dating stuff, it was really adorable. I can’t wait to see how much more she will change.

Though of course I don’t mind if she would stay the same, because this girl is kick-ass! I am normally not a big fan of ripped girls, but with Yae it looks good!

Satoru was a sweet boy, though he really sucks at boxing. 😛 I was so happy when he finally also told Yae his feelings. I do wonder why he is always wearing a bandage on his nose (since he doesn’t really seem to have any injuries that require a permanent bandage).

The art is pretty good, I do like the style. I especially like how Yae is drawn. I also like the details when Yae is boxing.

All in all, I will keep on reading this manga. I want to see Yae and Satoru grow together, fall more in love, and I hope Yae will win many more competitions while being cheered on by her boyfriend.