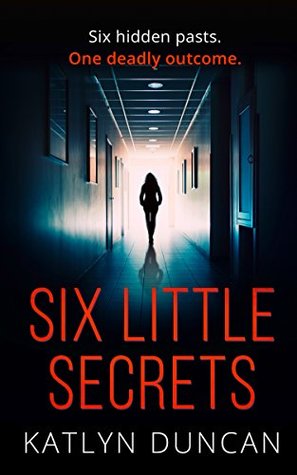 Before I started this I was a bit worried, I already read one Detention + Secrets + Punishments book earlier this year, and I thought this may be the same. But thankfully it isn’t! Though it did turn into something I wasn’t amused with. But I will discuss that in a bit.

While we at times switch over to the other characters (past/now), Zoe is the main character in this story. She is looking forward to a nice quiet Saturday in the library, but sadly for her there are now 5 other kids joining her. I knew her secret instantly. Call it a girl’s intuition or maybe the author wrote it to be very easy to figure out. I was kind of curious if her secret would come out, just like the other characters secrets came out one by one.

I have to say I didn’t really care about any of the characters. This may sound mean, but they just didn’t stand out for me. They were just players in the story acting out their roles.

I also quickly figured out the whodunnit, there were just too many hints to it. And I was delighted that I was right!

The secrets/the punishments/the games they were exciting (if that is the right word for it) and over-the-top. Even though I didn’t particularly care for the characters, no one deserves the punishments these characters got. 🙁 They got from bad to worse with each punishment, and I was kind of worried what would happen to the next character.

Though the book gets one less star for one big reason: it reminded me of the pile of poo that was Thirteen Reasons Why. It was just so much that book, especially when the culprit and their reasons were revealed.

All in all, it was still a great book and I flew through it. Before I knew it the book was over. The ending was pretty OK, a bit of a letdown though.