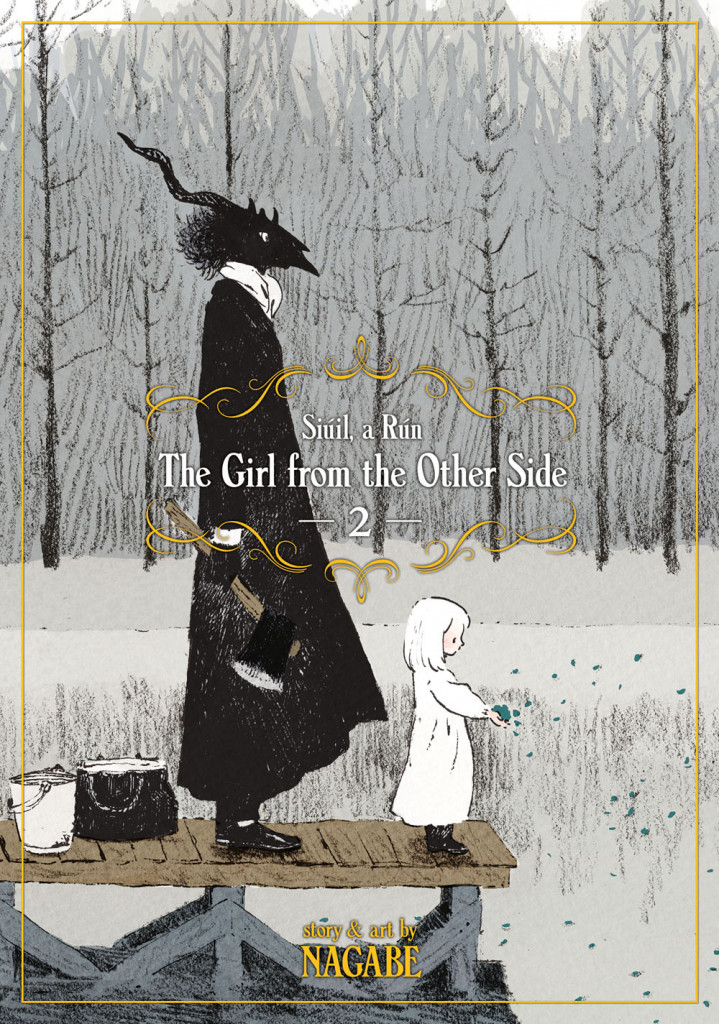 The second volume in this gorgeous and mysterious series!

We start off from where we left the previous volume. There is an outsider who broke in and entered and is touching Shiva (which is a bad thing as you may remember from the first volume).
I have to say I didn’t expect the cursed one to act so violent though. It was quite gruesome. Sure, he didn’t really have a choice, but well… Poor Shiva. I don’t think she will forget what happened so soon. I just wanted to hug her and tell her he did it to protect her.

We learn more about the curse, we see another view on it at least, and I have to say it was quite confusing. It may also not have helped that I was tired and had a busy day. I had to re-read some parts of what happened underwater, and I feel there are still things we didn’t see/hear.
Plus I did feel sorry for our cursed guy. He definitely wasn’t sure what to do about the situation. Should he tell Shiva? Should he keep it a secret for as long as he can?

Then there is the matter of Shiva and the outsider who touched her. Our cursed guy kept checking to make sure she was fine. That she isn’t turning black and cursed. I am still worried about that, but I guess we will have to wait until the next volume to see how that issue plays out.

There are also enough slice of life-ish scenes. From sewing our cursed guy’s coat, getting water, eating food. I definitely like those parts. I wouldn’t mind if the whole curse thing was just forgotten and we would see the daily lives of these 2 characters.

The ending? Arghhhh, this author sure loves cliffhangers. I just knew it was going to be bad as soon as Shiva started telling about her Auntie and story time. And when that person showed up? I was just shouting at Shiva, nooo don’t go to her. Stay with the cursed one. He really cares for you. That woman is just a piece in someone’s foul game.

The art is still gorgeous, though I am very much creeped out by the cursed guy. Mostly because of his unnerving eyes. I definitely love the difference between Shiva and our cursed guy. She is drawn innocent and pure, he is drawn of evil and curses.

I will get the next volume in a few weeks, I hope I can wait that long as I really want to find out what will happen to Shiva next.