Today I went to Library #4 again, I finished with all my books (well, OK, except one which I still am planning to read soon) and wanted some new ones. It was quite an adventure to get to the library though, as the past 2 days were filled with snow. The roads are either white with snow, or grey with ice/slippery stuff. Only the big main roads are cleared, so I decided to just walk to the library instead of going on my bicycle. Which is about 20 minutes on a normal day, but with the snow (or well, ice) it took a bit longer. I eventually settled on staying on the bicycle parts of the roads as the sidewalks were all slip-slide-deathtraps. 😐

But I got to the library (slip slip sliiiiddde), and quickly found the 3 books I had seen in their online catalogue in the new releases part. And not much longer after that I found another 3 books, and then later I was about to leave but spotted a book I wanted to re-read (Sylvia Witteman). So it was a great haul. Seven new books to read. Squee! 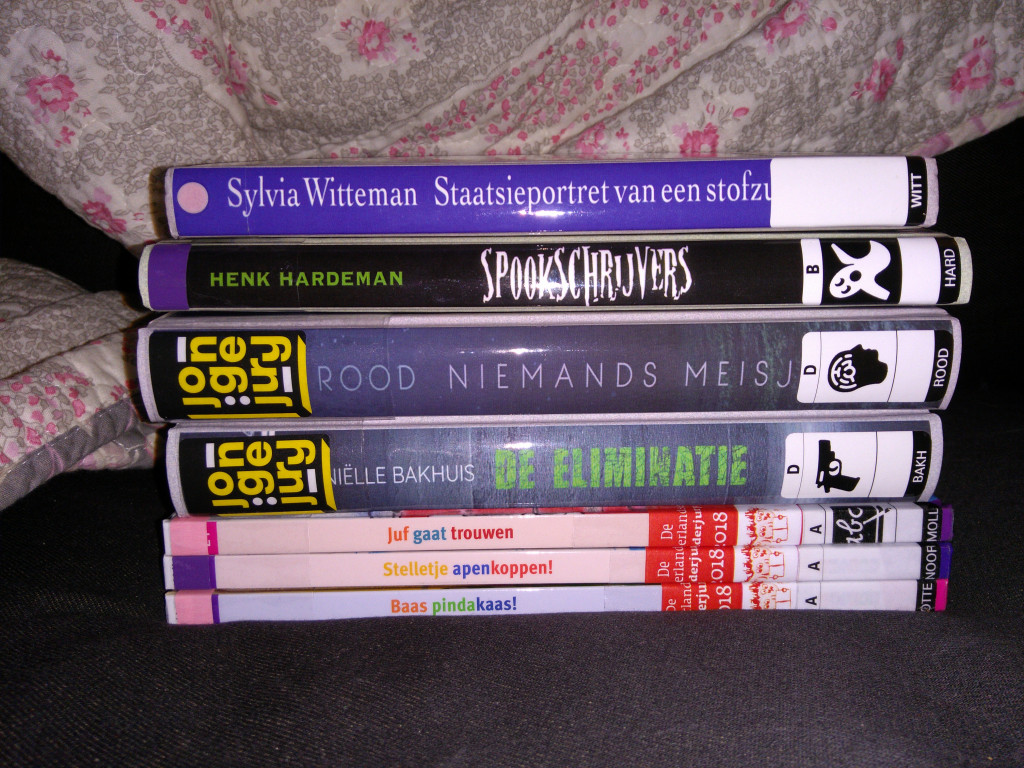