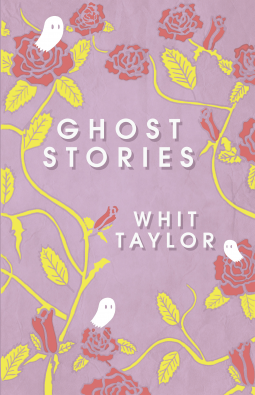 What did I just read? The first story was about a woman who gets to meet 3 dead people for no apparent reason it seems. She picks Darwin, Joseph Campbell, Marilyn Monroe. But Monroe is skipped as the woman’s past pops her head up. Instead of Monroe we now get a closer view in the life of this woman, how she has PTSD, how she was assaulted (at least that is what I make up from it all). It was a bit confusing, as I was under the impression there would be 3 idols, and suddenly her past self makes an appearance instead. In the end it did fit, given she had a chance to make peace with her past.

The next story is Wallpaper. About a girl, how she moved, how they remodeled the house. Unlike the first story this one has text (telling us about the move, the remodel, how the girl got used to her new life) on one side, and gorgeous illustrations on the next page. I was a bit sad that it ended so abruptly. I feel there was so much more to be told. It would be nice if this story would be expanded.

The last story is called Makers. About two girls and their unorthodox friendship and how they grow up to adulthood. I loved how close they were together, how easily they formed a bond. I wasn’t too amused that Hope never told her best friend about that though. Was she afraid she may not get in because of her friend? Was there something else?
I did feel sorry for Hope, her life at home isn’t the easiest. Divorced parents, a dad a big believer, multiple siblings who seem to get more than she does.
But later on? With Hope in college? Tessa trying out work and everything? I hated Hope and how she acted towards Tessa. How she let everyone in her circle but apparently wasn’t that interested in Tessa any more. Instead of talking to Tessa it just escalates and then poof.. I just was so unhappy with it. 🙁 The ending was pretty sad.

The art was so-so, well it also really depended on the story. For instance with the first story the art worked, but I didn’t like it that much. The anatomy on the people was wonky, at times the backgrounds (if they were there) felt rushed.
The second story however featured some gorgeous illustrations with lovely details. I really loved those.
The third story is back to the wonky art of the first story. Plus at times the text was really hard to read and I either had to squint or just take a guess on what was written. 🙁

All in all, I am not too sure if I liked it that much. It had some good parts, the art in the second story was magnificent, but there were also many things I didn’t like or that confused me.