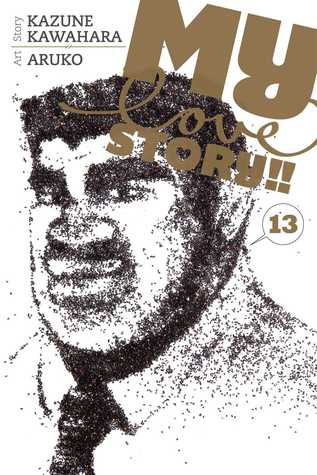 And so this series comes to an end.

On the one hand I am delighted (and in tears) over this volume, but on the other hand… It feels like a cop-out that we only get to see the first 6 months of them being apart, something happens, and then suddenly it is graduation and Yamato is back again. There was just so much more I wanted to see. For instance I wanted to see Yamato call Takeo when she got better grades. I wanted to see more of her family’s reaction on what happened in Spain with Takeo. I wanted to see them get married. I wanted so so much more. And I feel like the author had to stop with the series and just hurried through the ending. 🙁 Which is a shame, these two characters went through so much and deserve a lot more than this hurried thing.

Quite a bit of the volume is again emphasising on the friendship between Suna and Takeo (yes, they do have a special friendship, they are so close). More people are commenting on it being special (when Suna won that prize). But also Takeo studying hard (as he has to) to fulfil his promise with Yamato to get in the same college as her. I just loved seeing him energised and filled with the power of love. He really is going for it and the results are showing. And of course, most importantly… the long distance relationship with Yamato. We saw them say goodbye at the airport, and then we saw them text, mail, skype, call, anything. I had such a laugh when Takeo’s little sister disconnected the call. 😛 But you can see it is eating away Yamato. Whereas Takeo still has all his friends, she is in a strange country without anyone to really talk to, without much support. She is having a much much harder time. It leads up to a point that had me in tears and, yes, shouting at my book. 😛 I wanted to smack Takeo for doing that, but I was happy that all of their friends there just rallied and went to Takeo. Poor guy, they are way too invested in Takeo x Yamato.

I loved what Takeo did for Yamato (the ring, but also that other thing that was really supersweet and a bit over the top). They really make a wonderful couple, I am happy they found each other.

The ending, well, I already said it was lacking, hurried, and I want to see certain things.

But all in all, this is still a really good series with friendship, romance, hilarious and awkward situations, and a protagonist who doesn’t fit with the normal standard for this manga. I would still highly recommend this series to everyone looking for something adorable and funny.