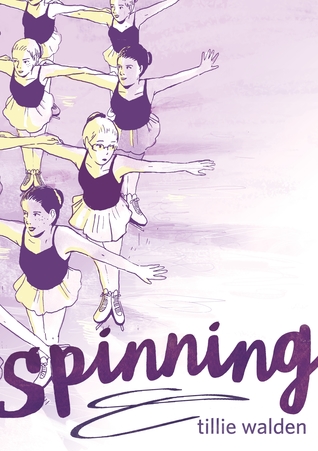 Well, this was one of those books I really really wanted to read, but boy, it was such a struggle to get through it.

Also before people come to me telling this is a memoir and that I am pretty harsh: Yes, I had heard something about it, but it wasn’t until later that I saw it really was non-fiction/memoir. So my feelings on this book are based on me thinking it is a fiction book.

I just had expected more from it. More joy, more happiness, more skating, more competitions, plus also coming out. But instead I got a grumpy/whiny MC, parents who don’t care, more complaining, bullying.

I really had to push myself to continue. Yes, I could have dropped it, but I wanted to see our MC get a spine and stop with skating (as she really didn’t seem to enjoy it any time in the book). Plus I wanted to know if she would see her first love again.

The MC, well I just never liked her. I just wanted to shake her and tell her that if she didn’t find enjoyment in the whole skating she should just stop. 😐 But instead she keeps on going while it is clear that it isn’t going well.

The skating, well, whatever we saw of that (and I mean competitions) was pretty decent. I also liked that each chapter began with a skate-move (counters/spins/etc.). And that we also saw patterns/maps of how they had to skate. Plus I loved seeing how dedicated everyone was. Just getting there on time twice a day while also doing school and music lessons, it was really amazing.

I liked that this wasn’t only about skating but also about acceptance, about being gay and figuring out what that means. Especially in a place like Texas. I don’t live there myself, but I have heard enough to know how they look against people who are gay/different. 😐

The tutor thing had me pretty disgusted. Bah. What a terrible person. Same goes for the bully stuff (as we find out some stuff later on).

The pacing was a bit wobbly at times. Sometimes we would go from one scene to another without anything stringing them together.

The art is pretty decent, it is a bit wonky at times, but I still quite like it. Especially the bigger panels.

But yeah, I struggled, and it just wasn’t like what I expected, so I am not sure if I would recommend the book. 😐