Today was such a fun day! Not only did I find a ton of new library books (from Library #2 and #3), but I also found a new batch of books (see my Book Haul here)!

Sure, I had to lug around a giant ass book (Paleoart) which I spotted at Library #3 and I just didn’t want to leave it behind in case someone else took it with them while I was out shopping/looking at shops (as I first bring back my old books, go shopping/walking, come back to check the library/get new books).  RIP my shoulders at the end (the book weighs about 790 gram which may not be that heavy, but try to keep a book that size/weight on your shoulders for a few hours :P).

Back to Library #2, as that was the first stop today, I had 15 reservations so I couldn’t bring anything with me other than those. 😛 Yep, I maxed out my reservations again, thanks to them having quite a few new books + my Jan, Jans en de kinderen project.

At Library #3 I found that big ass book, but also another book. Then later when I came back to the library I at first didn’t have much luck (they only had a handful of new books (English/Dutch)), so I took some more comics with me + 2 picture books.

As you can read, a fabulous haul, shoulders that weren’t amused, and a boyfriend who looked quite amused when he spotted my 15 pre-orders at Library #2. 😛 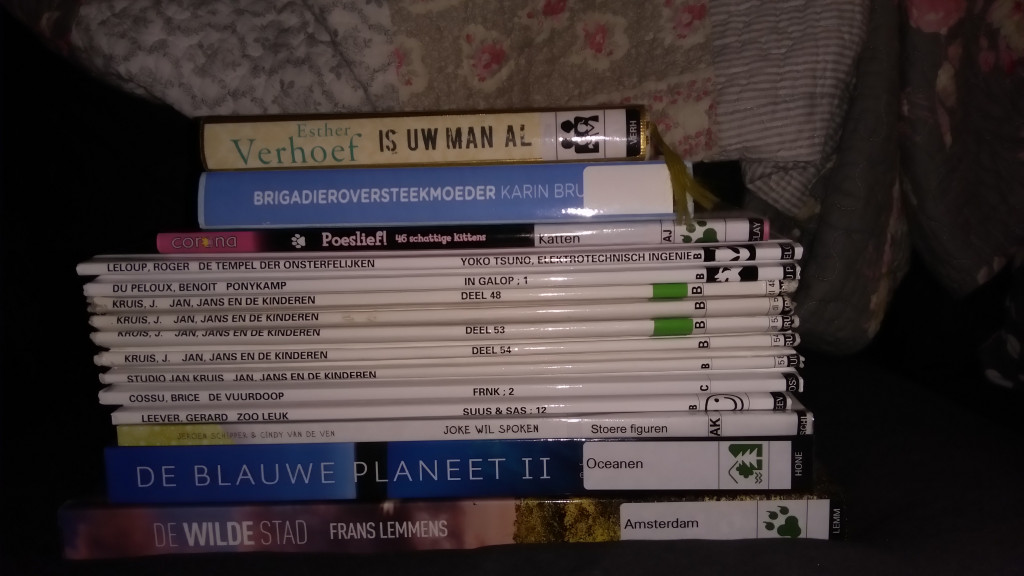 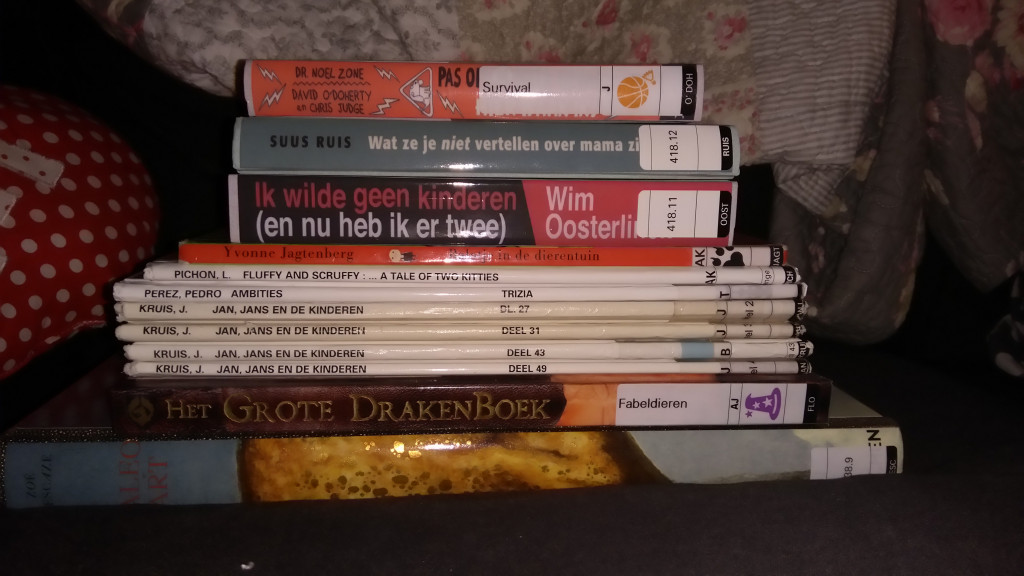