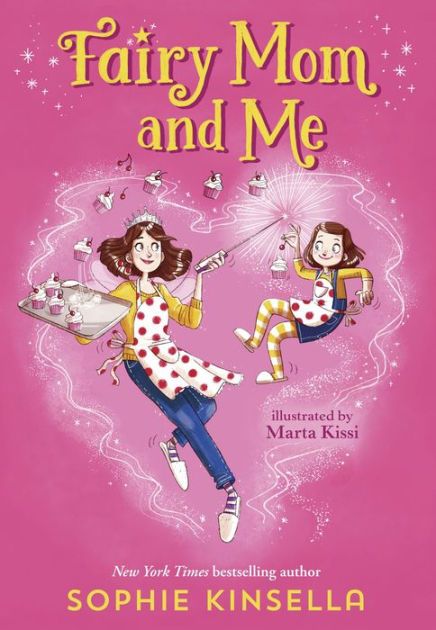 What do you get when your mom is a fairy… but not fairy good at it?

You get this book, which features several short stories about Ella and her mom. From making cupcakes to grocery shopping, everything seems normal… until the mom tries her magic!

I thought this would just be one big story, but instead it was all short stories featuring various events and spells. Which was even better! It made it much more doable to read, and much more fun. Plus that way I didn’t frustrate myself over the mom so much.

Ella was definitely the best character, I love how she kept her cool more than once, and helped her mom out when she was in a pinch. I am sure she will be a great fairy one day, hopefully she can start her training soon. I can’t wait to see how she looks as a fairy.
I did want to give her a hug at times, because of that mean girl Zoe. I did think Ella was pretty brave for trying to stand up for herself.

I have to say that while I did like the stories, and often was laughing (but also cringing at times), I didn’t like the mom that much. Yes, she tried, but how can one suck so much at this. Given there are tutorials, lessons, she got a great mom, a sister who is also good, you would think she learned in all those years. But it seems she can’t do anything. No matter how easy the spells are she bodges it up, and frankly? It was funny and OMG once or thrice, but it got a bit old. Of course there were spells she can do, thankfully, so she isn’t a total klutz, but still… It seems to be more luck than wisdom that she gets it right at times. And then there was that whole being sick story, and I just wondered if the mom was 2 instead of 30/40-ish. Setting a good example for your kids right there.

I am also not sure about the little brother. I get that he is tiny, and he doesn’t get the consequences, but I did agree with Ella, it did seem he was doing it all on purpose. 😐

The spells all seem a bit simple, but it apparently also requires a code, which I did think was a nice addition. Plus knowing that there are also wands that are old-fashioned (with a star on top!) is fun.

All in all, a quick and pretty fun read. Again, I just adore the illustrations. Definitely planning to check what other works the illustrator did!