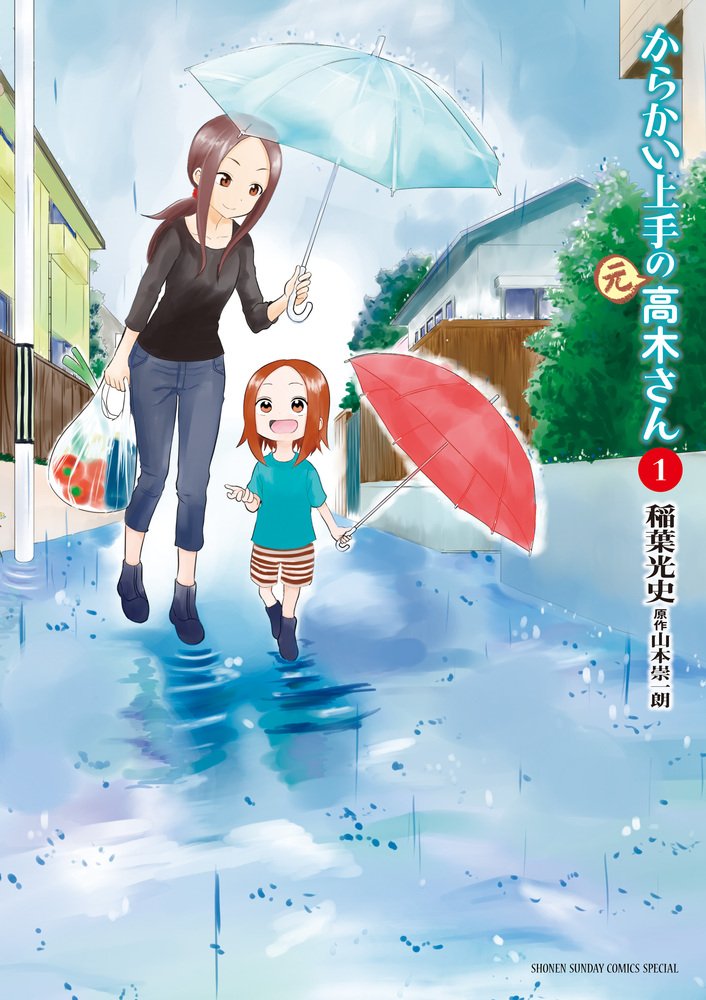 I loved what I read of Karakai Jouzu no Takagi-san and was excited when this one promised a fun kind of sequel to it, featuring a future in which the main characters got married and got a kid.

I was curious how it would work out, would the kid be more like her mom or like her dad? Well, after reading I can tell you that she has a bit of both. She can be a tease/mean like her mom, but she also can be manipulated easily like her dad. Which brought in some hilarious situations as Takagi, even if she is now an adult, is still smart and has her way with words. It certainly helped in situations that involves food (green peppers are apparently the kind of food every kid hates in Japan) and with cleaning (my gosh, I am so going to try that out when I have a kid. :P).

I really liked the kid, sure, she was a bit annoying at times, but I know I had the same feeling with Takagi in the original manga (and even in this one when she was teasing her husband).

We also see the dad, Nishikata, at times, not so much, but he is around. He doesn’t seem to have changed that much, not only with how he looks, but also with how he acts around Takagi. I am glad he is around though, I have read some descriptions of the manga that made it seem like we wouldn’t see him around.

I am kind of amazed as I thought it was by the same author/mangaka, but it is actually by someone else. They really captured the style of the original series perfectly. Same expressions, character designs, everything.

All in all, this was really fun to read, and I am definitely happy that these two characters got together and had a kid. I will be continuing to read this series. And I would recommend it if you are looking for a cute and funny series.

3 thoughts on “Review for Karakai Jouzu no (Moto) Takagi-san Vol.1”