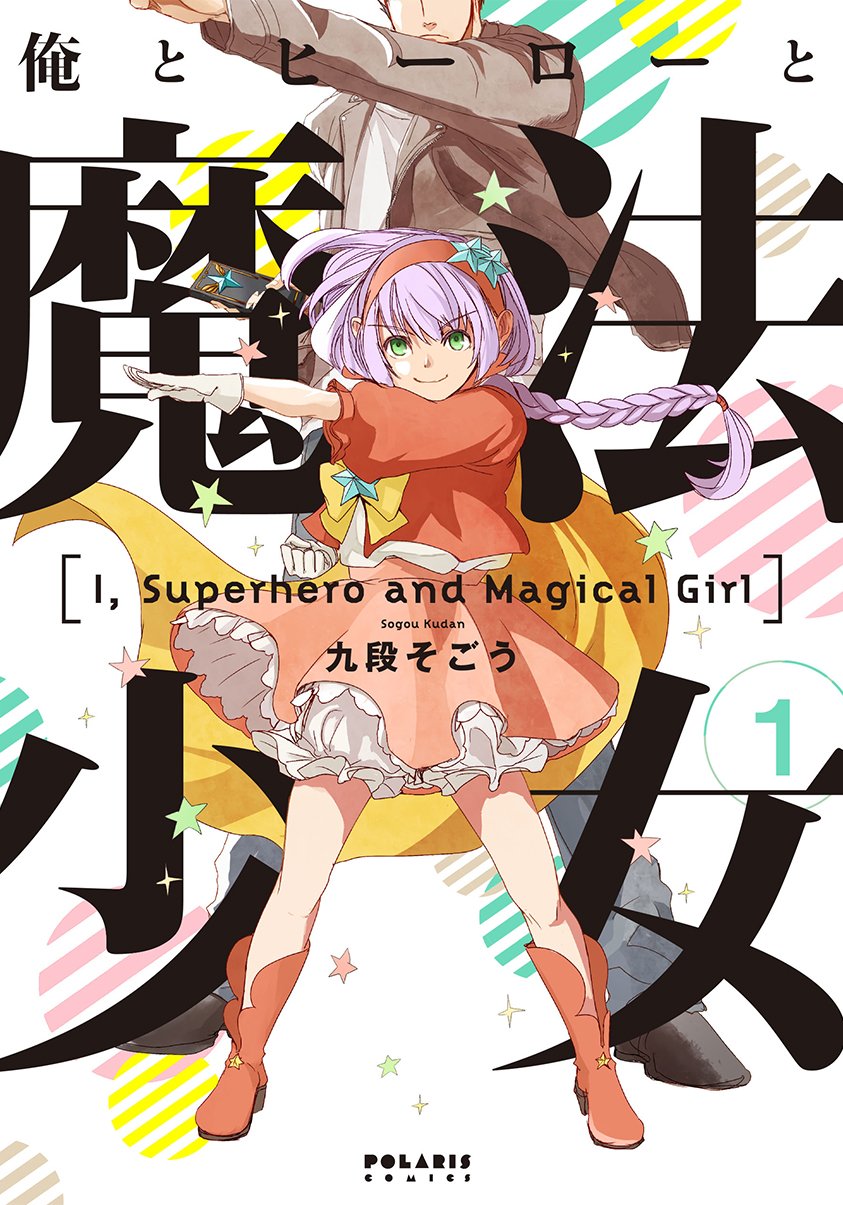 A guy wants to be a superhero, and he gets the chance… but he transforms into a mahou shoujo!

Thanks to someone on Crunchyroll who mentioned this manga, I am so happy I found this manga, it was just too hilarious to read.

Our MC wants to be a hero, he wants to save the world, he wants to be the very best (like no one ever was :P). He gets that chance, but it will mean that he will have to live with the fact he not only shrinks, but also turns into a girl! You can imagine his feelings on the matter. On the one hand he loves to save lives, but on the other hand it is embarrassing and he gets quite a few comments regarding his transformation (he goes from macho man to cute mahou shoujo).

In these first chapters we see him struggle with this. Should he be a hero, and thus a mahou shoujo? Or should he just not become one? It is a tricky question.

We also see various baddies who look hilarious, just like in all those other sentai shows. 😛 I loved how they all went awww about our hero’s transformation and then got their butts kicked so much.

There is also a potential other candidate in the hero/male > mahou shoujo department. I hope we see more of them in the next volume (though hopefully their fan/stalker is not going to be around, dear Lord that guy is dumb).

The art is so-so. It felt a bit rushed/undone at times. Like someone made a story, sketched some art with it, and then delivered it to be published. Maybe it will get more polished as the manga goes by, I do hope so.

I would recommend this one to everyone in need for some humour and who likes to see some unconventional mahou shoujo. 😛