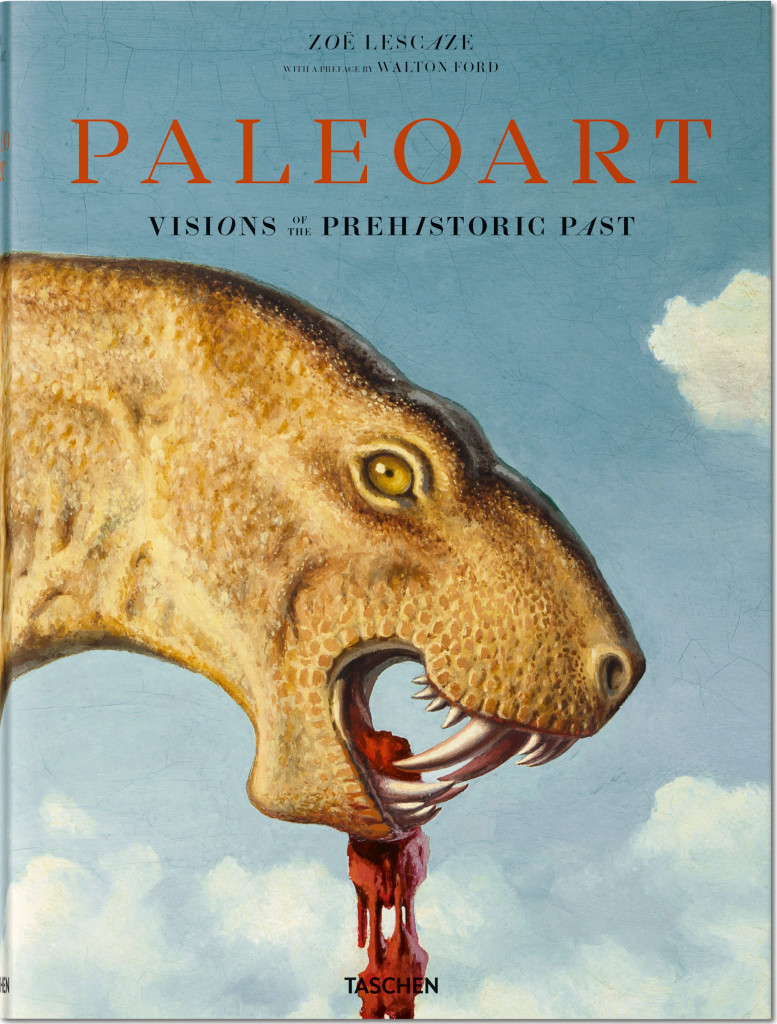 Paleoart, one of my favourite kinds of art.

I saw this beast of a book at Library #3, and so he had to come with me, just in case someone would take it (I first bring back my old books, look around on the ground floor’s new releases, and then go out again to do some walking/shopping). RIP my shoulders. 😛

See how people drew prehistoric scenes, sometimes with evidence, but more often with just imagination, a few bones, and some witness reports. Yep. And still these guys and girls (not many of those, but there are girls who do/did this) did an amazing job. I just love seeing their view on dinosaurs. It is a shame that many of these paleoartworks (if that is the correct word) are being thrown away/dismissed due to them being often inaccurate. Which I think is just silly. So what if the art isn’t 100% accurate, these people still stuffed endless hours and days and weeks into drawing what they felt was a dinosaur or a prehistoric human. You aren’t throwing other art out because it is inaccurate? So why this one?

Plus I think their art, especially the later paleoart (1950-1980), is much better than the art of dinos in this year and age. Especially those in the beginning years, they barely had anything to back them up they tried their best to make something awesome. And sure, at times it looked really weird and silly, like someone was trying to fuse a couple of animals together and make something decent from that. 😛 But then again, these days dinosaurs have FEATHERS. My dear terrifying dinosaurs are suddenly chickens and turkeys and make me laugh instead of make me go ooohhhh and ahhhh and argghhhhh.

Of course paleoart isn’t only dinos, it is also cavemen/prehistoric men. The scenes shown in this book were pretty awesome, at times sad, at times powerful, quite a few times a bit bloody (but that is good, as I am sure it wasn’t all sunshine and flowers back then).

This was a really gorgeous book, I loved it, but just a shame of the giant walls of text. Really. Sometimes you would have a whole page with just tiny text. And sure, the text was often interesting-well ish- but it was a struggle to read them. I would rather have a whole book with gorgeous (or weird or even wtf) paleoart. There was enough text under each image telling us a whole story without the need of all that other text (at least that is my impression after reading both the endless texts and the texts under the images).

But all in all, this is one heck of a book, it is a shame it is superexpensive or I would have bought it to add to my bookcollection. I would recommend it if you have an interest in paleoart/dinosaurs/cavemen.