As the title says, this manga is all about two alien “brothers” who are on earth to investigate and see if the place is good enough to migrate to. 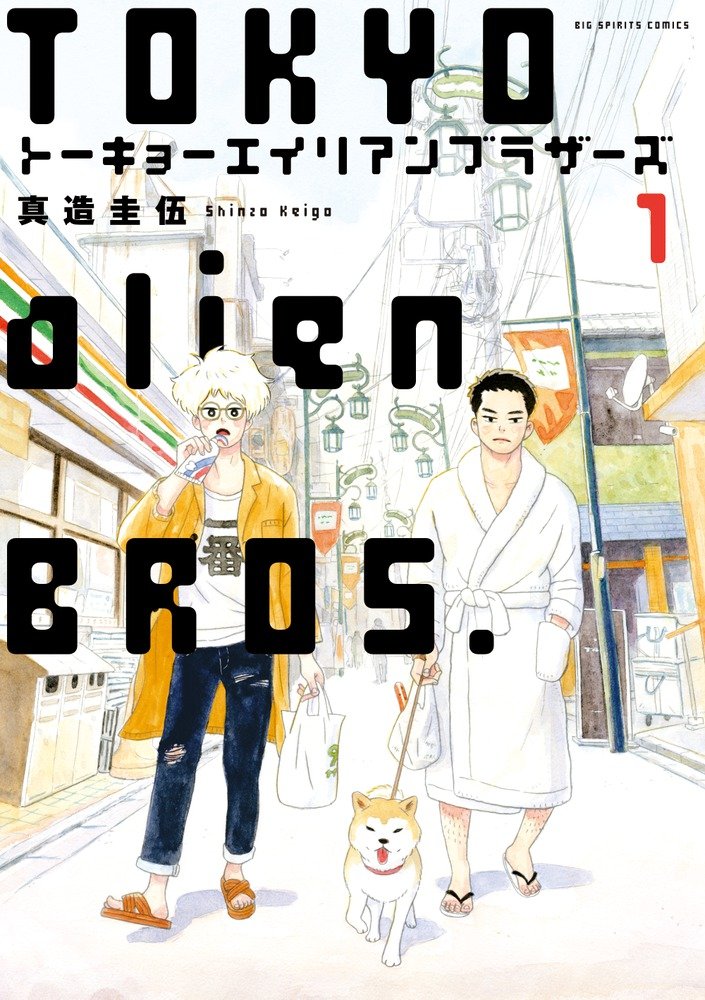 At first there is just one alien, but then his older “brother” also lands on Earth to see how his “brother” is doing as it has been a while since he last contacted his home planet. I am quite happy that the older brother popped up, as I am sure if it was just the younger brother doing all the investigating and seeing what Earth is about I would be bored. He would probably be mostly flirting, going to college, playing badminton (though they call it tennis in the translation). And that just isn’t that interesting in the long run.

But with the older brother, and his attitude regarding Earth, it gets more interesting. We see him struggling with all sorts of things, things that are simple to us, and also quite simple to his younger brother. We see him discover porn, clothes (I did think it was a bit weird that the younger brother never told the older brother that he should wear clothes), pets, but also that foods can be dangerous (as apparently these aliens can’t handle salt that well, which led to some melting scenes). And then there is the world trip which opened the older brother’s eyes a bit further to the wonders of Earth.

The aliens have a lot to learn, not only about how humans work (as you just don’t ditch a girl at a zoo like that), but also how Earth works.

I do wonder why the younger brother is so popular with everyone, not only humans but also animals. I thought it may have to do with him being an alien (and people knowing something is off and thus being attracted to that), but given his older brother doesn’t have that power… Maybe we will find out later in the manga.

I have to say I was a bit put-off by something that happens in the first chapter and also in the second chapter. Namely the pee thing (eww) and the dog poo thing. Was it really necessary to make the aliens like poop and pee? Couldn’t they have had something else that they liked? Especially the pee scene just made me highly uncomfortable and I disgusted reading it.

We also learn why the older brother has come to Earth, I am a bit on the fence on if I am happy with it. On the one hand, I can understand the reasoning, but it feels a bit rude/heartless.

The art is pretty decent, at times a bit ugly/weird, but generally I quite like it.

All in all, I will be continuing this series as I am curious what will happen now given the cliffhanger. Plus I want to see the brothers discover more of Earth and its mysteries.