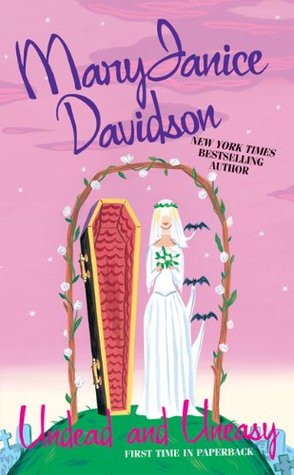 Betsy’s marriage is only a short while away, but where is Sinclair? Where is Antonia/Garrett? Why is Tina so frantic? Where is everyone?

Finally the wedding is approaching I have been waiting for it for several books now, so it is high time that we finally get to see it. But before that we have a whole book with werewolves, missing people, and Betsy suddenly getting a little baby as her son. Yep, you heard that right. Betsy’s wish for a child has finally come true, though not entirely in the way she wants or likes. Her dad and her stepmother have died in an accident. 🙁 Yep, I didn’t expect that bomb to be dropped. So far no one from the group seemed to just die, so I was a bit startled. But this meant that we have an extra addition to the group, permanently.

Betsy is all alone, and of course she isn’t going to just sit down and do nothing. Oh no, this girl just goes out on her own to figure things out, and maybe see if she can do something. Plus you can’t just expect her to leave her best friend in the hospital and not visit her. But I do think that Tina was sighing and shaking her head if she had a clue what her Queen was up to (then again I do think she knew darn well what Betsy was doing).

We also finally meet the Wyndham werewolf group! I loved seeing them in this one, I read about them in the short story collection (though it was mostly from the POV of others in the pack or those near the pack). I am not too sure how I feel about them. I hated how they immediately went to bitch-mode when Betsy was confused about what they wanted. I mean really, you guys should know yourself how close-lipped Antonia is about stuff, so you guys could maybe understand that she has no clue about anything. But I am glad how it ended up for the pack and also for the vampires.
I am still curious as to why one of them was so afraid of the baby. Maybe I missed something, but I just thought it was weird as it wasn’t really mentioned later (or at least I couldn’t see anything about it).

I did think Betsy’s mom was a bit rude and harsh. Thankfully she slowly starts seeing that maybe her daughter just has more on her plate than just clothes and marriage and trouble with her hubby. But I just didn’t like that it took Betsy to flip for her mom to understand. You would say a mother would feel that her daughter is having trouble, and that she would understand. Maybe later would ask for an explanation or if her daughter wants to talk.

I am also glad to see Delk again, yes he is a little prick, but I did think it was nice that Betsy went to him (yes, with all sorts of terrible scenarios in mind). This way they could put things aside, talk it over (without a glaring Tina or Sinclair), and also get a bit closer again. Hopefully he will take on Betsy’s offer, though I am not sure if Sinclair’s very amused by it.

Nick? I had my suspicions of course, he seemed too involved and too much suddenly there at the right moments. Though his actions in this book made me dislike him greatly. I get that he is pissed given what happened in the first book, but really? Betsy was still a new vampire then, plus she tried her best to fix things then. 😐

What happened to everyone, most importantly Sinclair? It first was pretty much Betsy being pissed at Sinclair because he left in a huff right before their wedding, but then she got very worried when it seemed that he wasn’t responding to any calls (or faxes or whatever else that Tina tried). I loved how hard she tried to find her hubby and how eager she was to find him again. Plus it was just OH MY at the end and what she did there. I would have done exactly the same if someone did that to my hubby.

The ending, what happened after the battle with this book’s villain (I didn’t expect that person to be the one doing all the stuff, but then again I could have guessed)? Mm, on the one hand I loved it. We discover more queen/vampire powers, plus it shows that Betsy can kick some serious ass (though we already knew that). 😛 But I am more talking what happens to everyone around her + one other person. It was just too much of a deus ex machina. I think the one thing that bothered me the most was how it fixed a certain terrible situation for someone very close to Betsy. I get that there was barely any other option for that person as things got pretty Oh no, please no, but still. 🙁

Hehe, poor Sinclair he surely had to grovel a lot after what happened to him and what he did. Hopefully he will learn to next time just leave a note or just not go.

And of course we end with the marriage which had me squeeing in happiness. Ah, finally these two are together, and boy, do they have some plans for that first evening as official husband and wife.

Phew, I think I have mentioned everything I wanted to mention, though I may have missed something as this book was a rollercoaster of fun, mystery, excitement, and more. I know I couldn’t stop reading.
So this was a terrific book, I am just sad that this is the last full book for me (I am only going to buy the short story collection that follows this). I wish I could continue, but I absolutely HATE the covers that book 7 and further has and refuse to buy them. 😐 This may sound silly, but I just don’t want them in my collection. 🙁