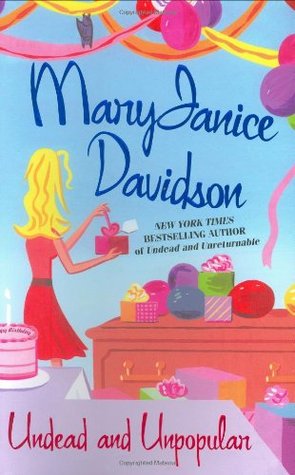 Betsy has a lot of things on her mind in this book! A birthday, an upcoming marriage, Jessica’s secret, a new delegation of super-old vampires from Europe, and well, a lot more!

Yep, Betsy is going to have a busy schedule in this one, she won’t have a moment of rest. When one thing happens the next is already waiting for her.

I loved how Betsy was making a guest list for a birthday party she didn’t want. 😛 Because she knew that she would get a surprise one and wanted to make sure she gets all the things she wants and that those are visited that she wants to see. I had a laugh at how Sinclair and everyone else reacted to her making those lists.

I am quite amused at what Sophie and Liam are planning, I do feel it is a bit rushed though, they haven’t known each other for so long, and doing x is something that binds them together for some time.

We also have the marriage that is being prepared. Betsy is very excited, but Sinclair… well not so much. I did think it was a bit eh of Sinclair to act this way. I understand that for you the marriage already happened, but you should know Betsy by now and know that she loves a good party and also is a bit of traditionalist when it is about dating. She wants to seal the deal with a real marriage in front of family and friends. 🙂

The delegation, and how it went from a visit (though a very late visit which was a bit of an insult, I agree with Sinclair on it) to something different when we find out something that connects one of them (Alonzo) with one of Betsy’s friends (Sophie). Throughout the book Betsy is juggling with finding out a solution for it. She could have picked an easy solution of course, an old vampire one, but instead she wants to find something that isn’t going to hurt Alonzo in a physical way. I was definitely proud of her there. That she didn’t want to let this issue pass, but that she also didn’t want to make it a Nostro way out. Though since it is Betsy you can imagine it may take a while for to figure things out. I won’t spoil anything on what is decided/what happens, though I have to say I was a bit shocked. Then again, I can understand why it happened. I wonder what x will do when she finds out.

Delk also makes an appearance and well, I still don’t like the little prick. I understand his feelings, but really? What did he expect then? Did he just expect them to frolick around and not care about these things?

I have to say I was pretty pissed at Jessica. I get why she hid it from Betsy, given how Betsy is, but still. This is your bestest friend in the world, a childhood friend, why didn’t you tell her? Other people found out already, people know, and you still haven’t told her? sighs I just didn’t like it. It is not as if Betsy hasn’t noticed something is off, as you have been a royal bitch for quite a bit before you had to confess/tell the people.
I was startled that she had that, but I was proud (not sure if that is the best word) that she didn’t let anything stand between her, she was going to get better, she has a fighting chance and she is grabbing it with both hands.

The zombie thing? – “There’s a zombie in the attic,” George the Fiend informed me over breakfast.- It took WAY too long before something happened with that. I eventually just got tired of it being said quite a few times and nothing happening. But then I got very excited when something did happen! I have now read book 6 already, so I know why the zombie was there, but when I just finished this book I hadn’t had a clue how in heavens name a zombie would just appear.

And I think Antonia (the stepmother, not the werewolf) is a terrible mom. I get that your baby cries, but to dump it with Betsy all the time? No. She also has her responsibilities + a fiance, it is not as if she can just care for it whenever you don’t want the baby. Plus the fact that she just let the kid stay for days.

The diet that Betsy tried? Girl, you are a vampire, just drink already. I get that you want to be special, and you are special, but you still need that blood. You practically chomped down on a few people near you.

The humour is just the best. Betsy’s snark is brilliant, though at times I feel sorry for those on the receiving end. 😛

All in all, I loved this book, flew through it, and want more, more and more! Definitely recommended, but as I also said with the short stories collection, be sure to read #4.5 before this one.