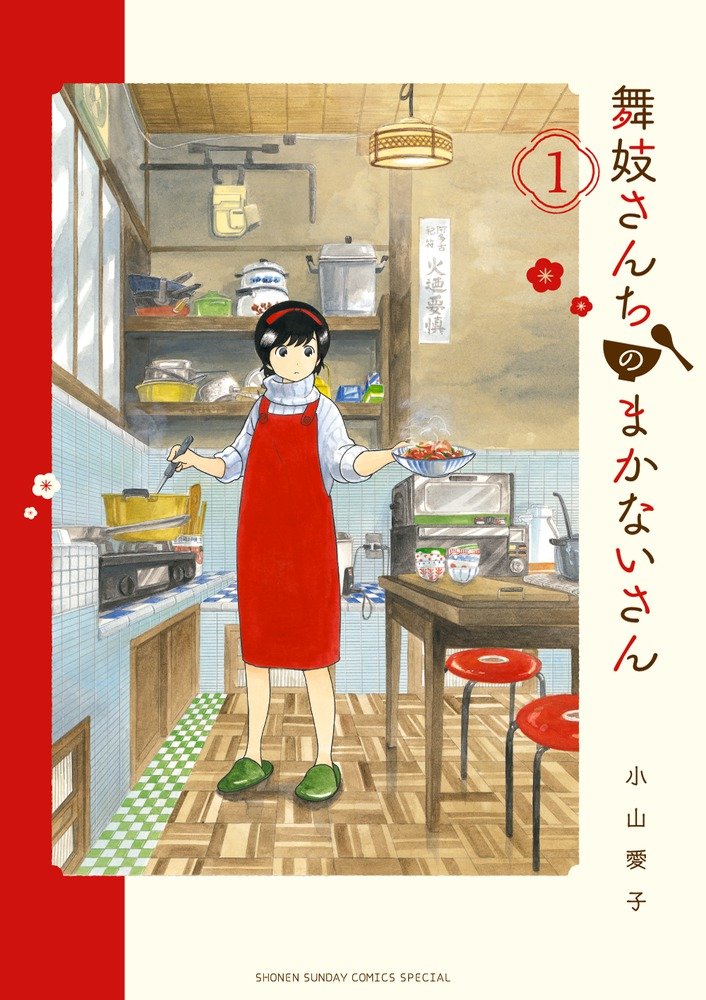 A cute manga about a girl named Kiyo who is the cook for a troupe/Geisha house.

We see her make delicious meals everyday, sometimes having to hurry or change her pacing as the manor is quite chaotic at times (schedules always changing).

I did feel sorry for Kiyo, she originally came to the manor to become a maiko, but instead she was expelled because she was terrible at it. Now she is the cook. Making breakfast, lunch, dinner, snacks for the girls living in the manor. She still clings to hope that she will become a maiko one day, but given the conversation we saw with Mother, it seems she will never get a new chance. 🙁 And that makes me quite sad, since I do want her to get another chance. Then again, she seems pretty happy at her current place, but I want her to grow further.

The manga is really fun though, and even with my stomach in turmoil I still got hungry from the nommie food that Kiyo is making. Mmm! I love that there are also recipes/real life pictures of food.

I also like that we are getting some backstory on Kiyo (how she got in Kyoto, why she wants to become a Maiko, how she became the cook). I do have some questions, does this girl not need to go to school? She is 16 years old. Then again, other people also comment on it. But other than that nothing happens with it.

Hopefully next time we see a bit more of the Geisha/Maiko girls. I do love the cooking, but I also am curious about the girls in the house (and also Mother).

The art was also pretty lovely (especially the Maiko/Geisha girls). Sometimes I just couldn’t take my eyes off the pages, they were that pretty.

Yep, I will definitely keep on reading this series, and I would recommend it.