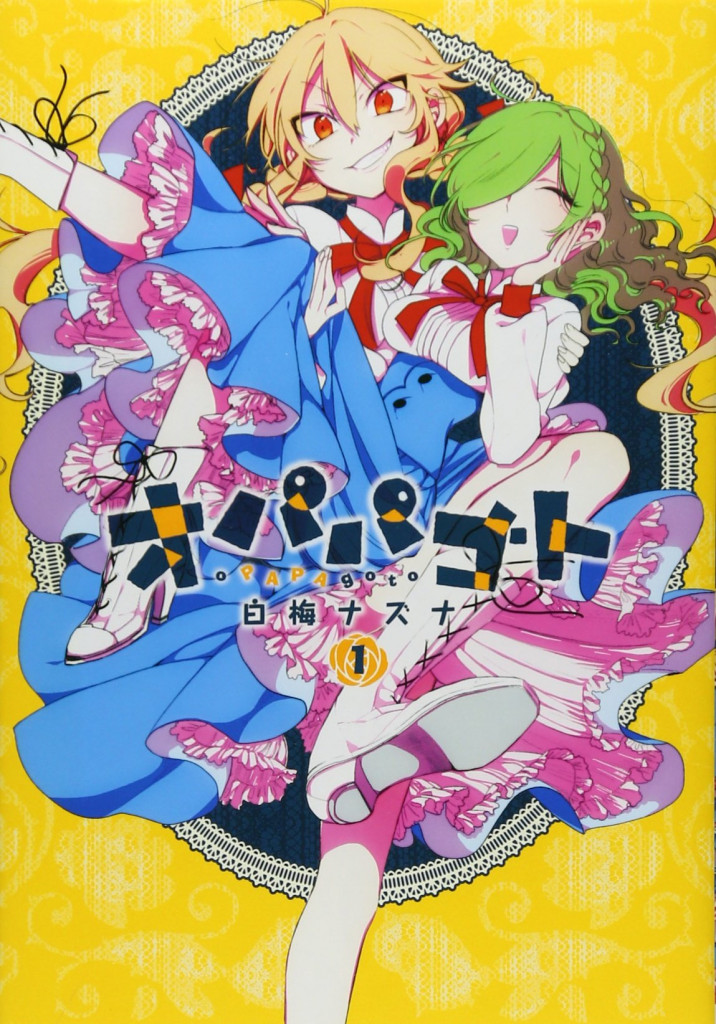 Welcome to Baranomiya Girls Academy, the place for girls to learn how to be fabulous, but also for a special program.

This is a manga I have been meaning to read for some time, I may even have tried one chapter some time ago but never had the chance to read it further. Until now that is! And boy, this was just too much fun to read, it is weird, over the top, silly, and very random!

Say hello to Natsukawa Haruhi, or maybe I should call her by her new name: Ayagasaki Kasuga. I am sure you are all confused now. Well, the fact is that Natsukawa’s dad got a huge debt and sold his daughter (yep, don’t ask). Thus Natsukawa is shipped to Baranomiya Girls Academy to fulfil the role of a rich girl who ran away. A girl who is in a certain project (and boy, I would also gone away if I had the chance).

I just love Haruhi, how she quickly grew to love the girls in the project and even felt lonely when she was sick and they were gone and later even protected the girl who was playing as her son.

Now, you are even more confused. The project the school has is a family one. Several girls were chosen to form a family (husband, wife, kids) and they have to compete for all sorts of things (getting a better home, better food, etc.). They get points deducted when something goes wrong and sometimes even punishment. It is quite an interesting project, though I also wonder why the hell you would force people to participate in this and also give them such crappy living arrangements (for those at the bottom). But then again, we later see the president (and a few things she does) and I can suddenly understand how this crazy plan came to fruition.
And yes the girls really have to play the roles. Haruhi has the role of father (which brought a hilarious evening with her “wife”), and well, I have to say she fits the role. She is quite a tomboy + I just can’t imagine her as the wife (or daughter). 😛
The girls in her project are also fully going for their role, probably also because of the penalty that may happen if they don’t.

There is one part that also shows that the project thing may just not be too good for everyone. We meet a girl who does certain things just to get money for her family.

And I am definitely curious about Natsukawa’s plans to overthrow the president and fix what is wrong with the program. I hope she will be able to do so, I will be rooting for her!

The art is pretty fabulous, I love how well the style fits the manga and its silliness.

All in all, I really enjoyed this volume, and I will be reading the rest if I can find them. 🙂