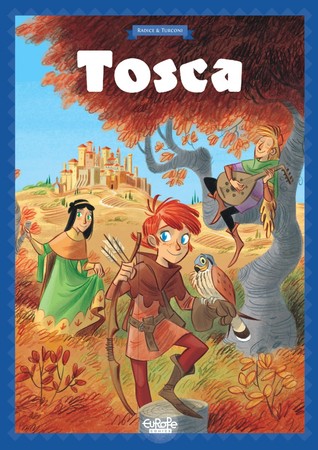 SO, this was totally not what I expected. Given the title and series are named Tosca, I had expected Tosca to have a major role in this volume, instead, we only see her here and there, but the main focus is on Lucilla, the daughter of the duke and duchess. Tosca doesn’t even show up until a bit later, and it takes even more time before we are officially introduced + learn of their backstory.

Plus the story was just sooooooo boring. I just kept looking at how far I still had to go before the story was over. There were some parts that made things a bit more exciting, but generally I just wondered when the action or fun would really start.

The art was pretty decent, I do like the style, it reminds me of some older comics that I read in my childhood. So plus points for that.

I am not too sure what to think of Tosca, or her brother, but I did like Lucilla. She was such a fun, sweet, smart, and kick-ass character. I loved her wishes at the end.

But yeah, all in all, not something I will continue reading.