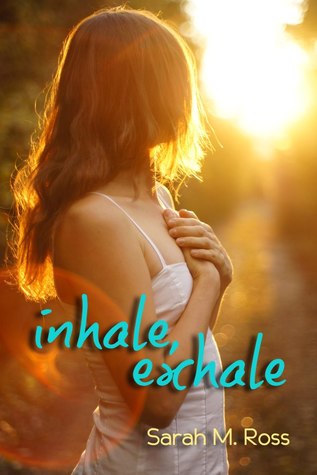 I wasn’t planning on writing a long review, but there is a review demanding to get out of my head so I am just going to type that one out. 😛

So this was a book I wanted to read for a Buddy Challenge on Goodreads. I was really looking forward to it. Sure, I know that it would probably entail cheating, but I was hoping it would be minimal. Or just flirting (though of course too much flirting is also a no-no if you have a boyfriend/girlfriend). And I was definitely in love with that gorgeous cover (damn you beautiful cover shakes fist).

The book starts out pretty nice, I quite liked Jillian. She seemed like a fun, interesting and sweet character. And I loved that she was learning so many languages for a job that seems pretty dang awesome. Grant however took a bit longer to like. I did like that, just like my boyfriend, he did coding and all that stuff. It is rare to find a character who does that in a professional setting. But I didn’t like how he judged girls on how they looked (too pretty and they must be dumb). But later on I liked him more (well up until that quote that was just disgusting and WTF, Grant no).

I already knew this would end badly, but I was just hoping that Jillian wouldn’t be as stupid to cheat on her fucking boyfriend with her hot colleague. Flirting is already NOPE, and that bowling scene was very NOPE already, but they seemed to understand that it wasn’t right… But what she and Grant do at 46% just made me NOPE NOPE NOPE. And also at that place? At that moment? Wow, classy peeps. Very, very classy. sighs
I already never liked cheating, but due to personal reasons I just cannot handle cheating at all. Now instead of getting ragey about it I also feel sad and want to cry. I get that you are falling in love with someone else, but be honest with your partner first, talk to them, break up for all I care, don’t do these shitty things. Just don’t. Bah.

I am also disappointed that the writer had to do THAT to the Jillian’s boyfriend. Really? We can’t let the guy be a good guy? You have to paint him as that? Why? Is it to make the cheating less bad or some kind of crap like that? Or to make Grant some kind of hero for saving poor JillieBillie from that? Because I am sorry, nobody, even if their partner is that, should be cheating.

It was also quite hilarious that Grant kept telling us that he doesn’t want to fall in love due to him losing his mom, how he doesn’t want to became the same as his dad (a shell/depressed). Oh and he needs to do his masters. But then he meets Jillian and he just throws all that shit out of the window. snorts Yeah, real believable boy. Instant Love BAM.

Oh, one thing that I did like was that the book is dual POV. We see both Jillian’s and Grant’s POV on the matter. It doesn’t make what they do better, but it gives an insight on how the characters think (or well, not think).

At least the cover is pretty, so the book got that going for it to make up for the terrible characters, cheating, and eh writing. Too bad it can’t save the book. 😐

So yeah, not recommended. Unless you love a book full of cheating and plot holes, then go right ahead!

Also the quote that made me truly doubt anything Grant: “It went against every instinct, telling me to scream MINE and pee in a circle around her cubicle so everyone knew it, too.”