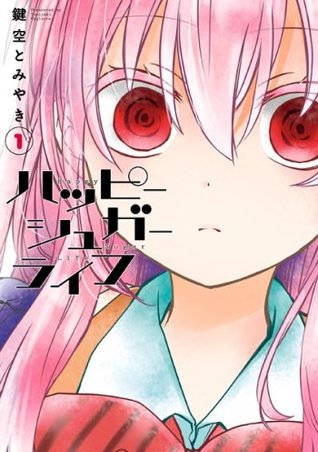 I mostly started this one as there is an anime coming for this manga and the art looked interesting, however I am not sure if I am comfortable watching it or even reading the manga further. I did understand slightly what I was going in for, a teenage girl loving a young girl and going so far to protect their “happy” life that she will commit murder.

However, I definitely hadn’t expected it to get so disturbing and creepy. Not only do we have our overprotective MC who goes full yandere in milliseconds, but we also have several other characters that make me wonder if there is anyone in this world who is normal/not yandere/not a creep. So far, it only seems that the MC’s best friend is one of those.

Other than that… Well, let’s summarise.
Yup the world here is pretty effed up.

Not to mention I am not feeling all too well seeing Shio and our MC get lovey dovey all the time. Even once kissing on the lips. Or that wedding ceremony…

Then there is that one locked room. Oh boy, I could have expected it, but it still came as a surprise.

The art is pretty great though, especially kudos to the very yandere, ohhhh she is going to do some batshit stuff parts. I really got some goosebumps from those.

So yeah, creepfactor is over 9000 and I just don’t feel comfortable reading this one. While I do love a good Yandere girl, this is just not the manga for me.