Evening all, and happy weekend!

Today was just the most perfect day! Not only did I get the chance to visit Library #3 again (and of course Library #2, but that is a weekly thing, so eh :P), but I also managed to find the stuff I still needed for the upcoming spring/summer (and at the first store I went to!). And I also bought a new book (I actually came for another book, which turned out to be a disappointment, so I took this one instead) and a new 3DS game (Pikachu Detective, sooooo cute).

But you are all here to hear about my Library hauls. So let me tell you all about those. First up we went to visit Library #2. I had 11 reservations waiting for me (thankfully not more), and including 2 books I still need to read (Holland Bakt + A Spot of Folly), I still had room for 2 books, and I was hoping to find at least one reservation that was supposed to be in the library (but turned out to be missing). Instead I got another book from the same shelf, and then found another book at a special themed shelf about my country. Bleh though, my boyfriend is apparently no longer impressed by my amazing reservations numbers. He said that he is now expecting it and will be more surprised when I barely have books. Drat! I always loved his expression when he found out I had tons of reservations.

And off we went to drop off the old Library #3 books at Library #3, check out the new releases table (and find nothing 🙁 ), go shopping, and back to Library #3 for some new books. Sadly, like it has been the situation for some time now I barely found any new books at the Children’s/YA department. They do get new books, but I am really going for the English books as I get my Dutch books mostly from Library #1/#2, or #4. And these past months they have gotten a few English books but I either wasn’t interested in them, read (or tried) them already (it does take them ages to get them), or Library #1 or #2 has them for magical reasons. Oh well, it means I can at least get a ton of comics and get to try all sorts of them (and discover some oldies as well). Still, hopefully the tide will soon turn and I will come back with tons of English books again! crosses fingers and hopes 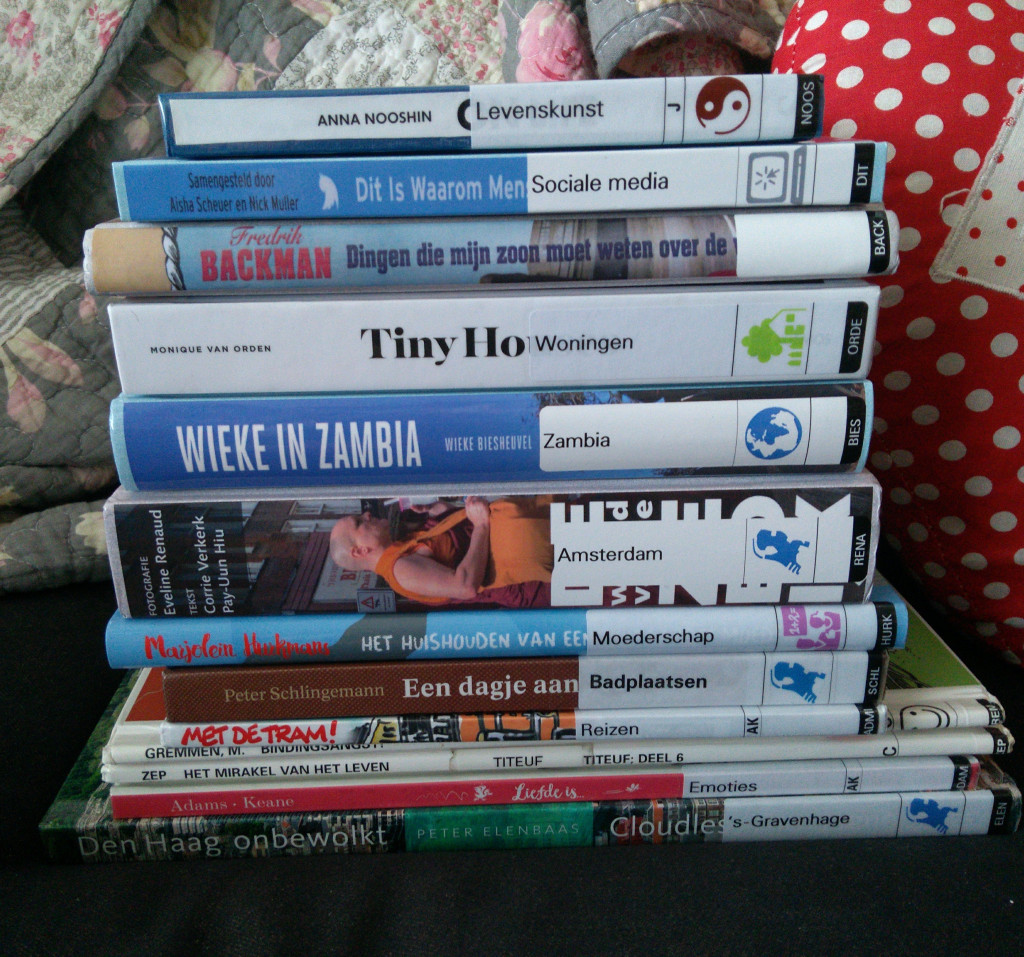 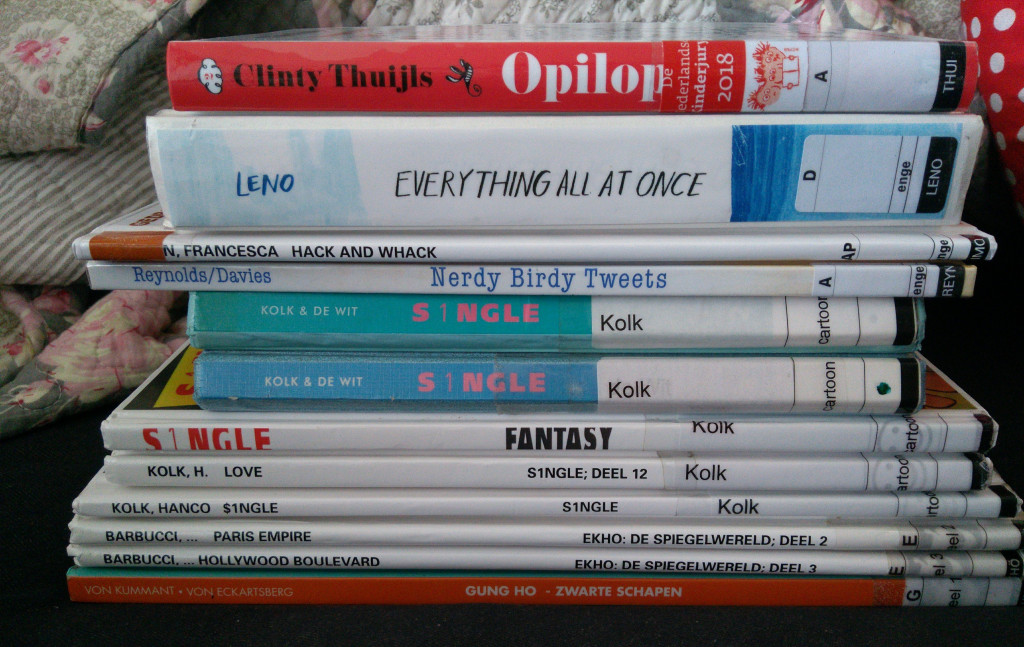