A bit later than normal (had a busy busy morning with appointments being reset to earlier dates), but welcome to the Blog Tour for Production Values, the newest book by Liv Bartlet.

For today’s post I got information on the book/author, a fabulous excerpt that will make you want to read the book, and a giveaway. Oh, and be sure to check the Blog Tour schedule at the bottom of this post. 🙂 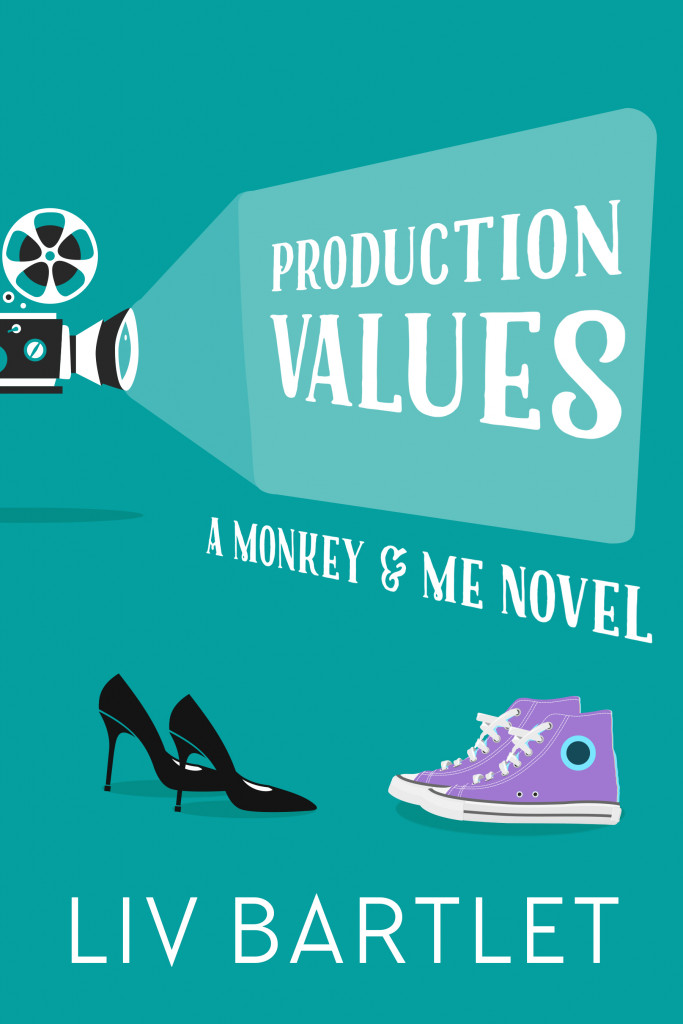 “Mornings like this I can understand the appeal of killer high heels. How they click with command down the sidewalk: Get out of my way, I’m in charge and I’ve got the footwear to prove it.”

At the age of 28, Kat Porter has become the it-girl of British TV Production. Gut, gumption, and artistry have carried her through a dozen impossible scenarios to arrive at her first run as Executive Producer, and now all three muses point to Ian Graham’s star power as the key to Los Angeles and golden statues.

But disaster looms as Ian twists Kat into a chameleon fit for success. Ian’s young daughter is thrown into the spotlight and Kat must face the consequences of her neverending quest for acclaim.

Production Values takes a biting but fun look at Hollywood—from the way we interpret female ambition to the influence of the paparazzi on how TV shows and stars fail or succeed.

Buy this book here: Amazon
About the author(s):

Liv Bartlet is the pseudonym for writing partners Becca McCulloch and Sarah McKnight, who have been building worlds and telling stories together for more than a decade. They’ve logged hours of behind-the-scenes movie and TV footage and challenged each other in a friendly Oscar guessing game every year this millennium. Lifelong Anglophiles, their Monkey & Me world sprang to vivid life on a trip to London that included divine pastries, sublime art, and a spectacular pratfall in the British Museum.
Becca is a professor, a scientist, and a secret romantic who insisted their first order of business in London was a meandering five-mile walk to see Big Ben. She lives with her husband, children, and an ever-expanding roster of pets in Logan, Utah.
Sarah is an Army brat, an Excel geek, and has a lot of opinions on the differences between science fiction and fantasy. She lives with her cat, Sir Jack—who is featured prominently on Liv’s Instagram —just outside Salt Lake City.

Monkey & Me is in the process of potentially over-ambitious expansion: starting production on two new TV shows. On the commute to their temporary LA offices, Kat and Bea get down to business.

Bea waits on the sidewalk toward the metro—she’s faster because I indulged Ian and then stopped for espresso—and it’s like the old days—the best days—go-go-going, together, in all our quests.

“Hey.” Bea toasts me with her Diet Coke can. “If only sleep-deprived were a superpower, right?”

She jumps into work before we’re even on the train. “We’ve got three video conferences with the Vancouver office back-to-back this afternoon. I’m not done ’til seven. And Nicola threatened to
quit if we don’t hire another assistant. I’m assuming Nicola stays with you in LA?”

“She is deep on K-Town.” I want Nicola for her ability to keep me on track.

“It’s fine. But I should hire in Vancouver. I’ll appease Nic with cake and a temp.”

Bea pulls multiple Void portfolios out of her bag when we sit down on orange seats next to a man who smells of urine and marijuana—LA metro lines are definitely not the commuter-friendly world
of the Tube—new set designs, costume sketches, character sheets, and a timeline that looks like a Picasso. “Sign-offs and notes, please. Since we have some time.”

The stack of papers begins today’s portion of the never-ending approvals process. My initials scribble in the corner of most pages, though I make a few notes about color. Too much gray. Why are Imperial shows always so gray? Drives me crazy.

The Void timeline draws in my focus—the worst gaps have been fixed but there’s still a weird causality loop in the middle. “It’s still here, that loop. Josh never answered the question of whether he was doing it on purpose.”

“You can duke it out this afternoon.” Bea smiles—but it’s not a real smile, doesn’t even reach her eyes. “Here, focus. Next item on the list.”

Bea hands me her iPod. The guy next to her mumbles, and Bea hands him a bottle of water. That always amazes me, the way she’s aware of everything yet singularly focused at the same time.

“What am I listening to?” I ask as she grabs the man’s wrist to check his pulse.

“First-cut score for Void. Josh said it was imperative it get full approval from the musical artiste. That’s you. Obviously. What could I possibly know about the emotional evocation of musical tone as a mere dancer with ten years of training in various musical styles? Not a thing. Not. A. Thing.” She drops her hand on the man’s head, then nods once. She’s decided he’ll live.

Earbuds push music in my head, almost deep enough to drive thoughts of Ian away. I listen for half a minute and then rewind and listen again. “Why is this full orchestra? What happened to piano sonata Beethoven?”

Bea shrugs. “If you don’t know, I don’t know. I’m just the messenger lady with the money bag.”

“Ugh. I told him. No freaking cellos. This isn’t a teenaged vampire story.”

“Swap vampire for revolutionary and you’ve got the pilot episode. Not an original word or character anywhere. I’ve sent the writing team notes. Or I hope I did. It’s so overwhelming there.

Always more names I don’t know and job titles I have to look up in the industry manual. Hard to sound credible when I can’t even get the who’s-who right. And Josh is so quick to point out that I’m not the creative genius of this pair.”

“Thanks, but it’s fine. Just a big jump for a little fish. I found an awesome apartment. It looks out over English Bay and is just fifteen minutes from the backlot. When I get bored by my own uselessness, I’ll be able to watch whales and hunt bears.”

“Oh, be serious. He better start listening. Or we’re out of Void.”

“I’m sure he’ll listen to anything you say.”

Bea collects the papers with my signature back into her bag. There’s a definite slump to her normally straight shoulders. It’s my fault. I messed up two days ago when I contradicted Bea over a stupid color choice, not even important. And now Josh won’t listen to her about a thing.

“I’m sorry about the scenery thing. I was—distracted.” I had been, walked in after a call from Ian, all heightened color and tingling everything. “It’s no excuse. I do trust you. Bea, we’re partners.”

“Thanks. Enough about me. How’s K-Town?”

“An official office in Burbank soon, Marty tells me. And casting in less than two weeks.” In the meantime, we’re temporarily based out of Josh’s offices in Century City. We emerge from the metro to walk toward the industrial complex that houses Faux Monster.

“Casting in two weeks? That’s quick. They’re serious about getting you ready for advertiser upfronts in May.” 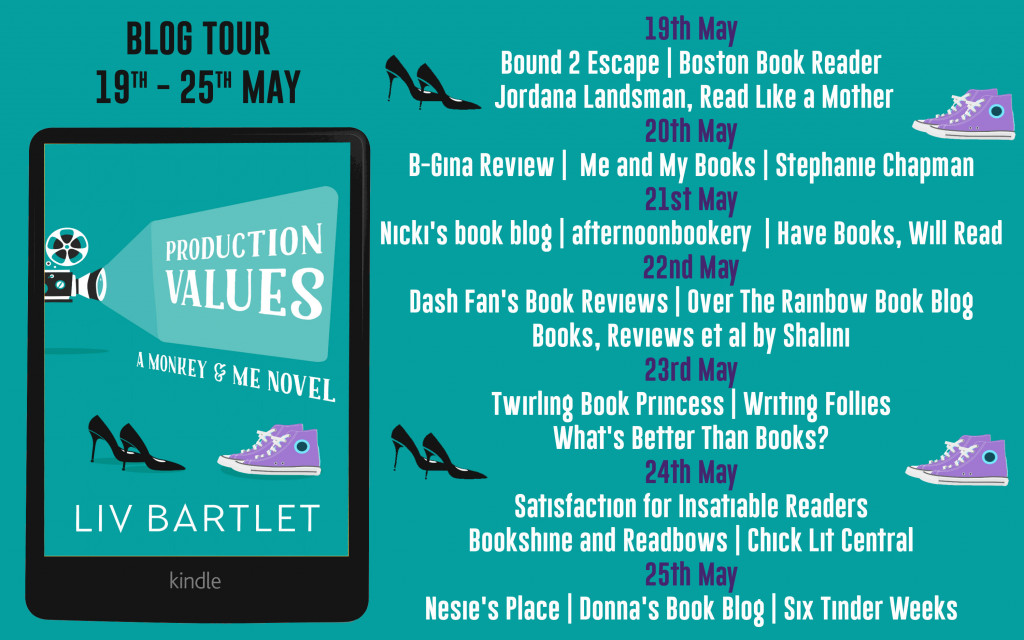